Sad news to motorists who love to drive heavy machines, as they will have to dig deeper into their pockets to afford the fuel guzzlers, effective tomorrow when the vehicles import taxes will go up to 35 percent.

Car prices have gone high by over a million shillings since the new taxes for motor vehicles that exceed 1.5 litres have taken effect making the fuel guzzlers a luxury most Kenyans will not afford.

In the Financial Bill that was signed into law by President Uhuru Kenyatta and is set to take effect tomorrow which is the 14th of November 2019, excise duty which affects motor vehicle imports will increase up to 35 percent.

Excise duty is one of the heaviest taxes that imported motor vehicles have to pay and the increase is hence expected to significantly affect the price of the vehicles whether new or used, bus or track.

Taxes will now take up to more than a half of the vehicle’s selling price meaning the current vehicles have suddenly shot price-wise. 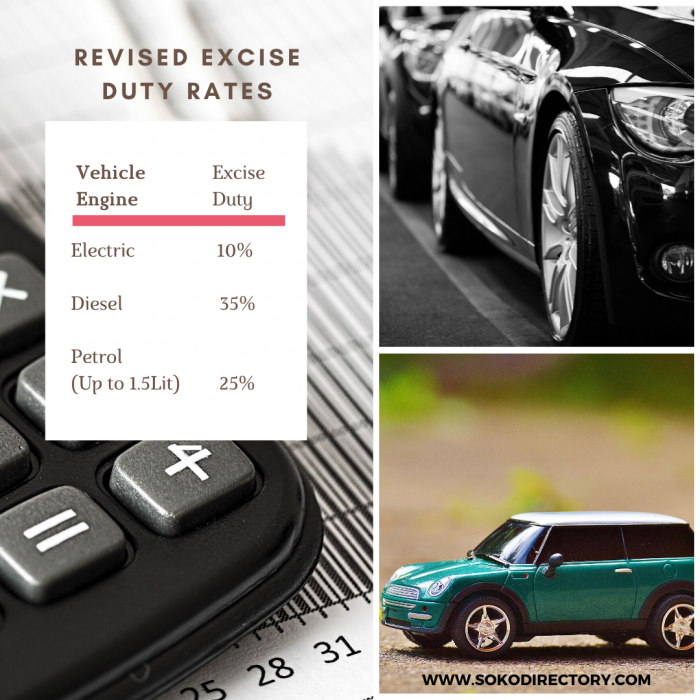 Previously, vehicles imported attracted a duty of 25 percent excise duty which will now be 35 percent, a Value Added Tax of 16 percent.

In an effort to increase the uptake of electric motor vehicles, the government has sliced the excise duty levied on imported electric vehicles to 10 percent as it continues to lobby for environment friendly means of transport.

Vehicles that run on petrol with engine capacities of over 1.5 litres will attract an excise tax of 25 percent from the previous 20 percent.

Vehicles that use diesel will pay the excise duty of 35 percent from the previous 30 percent levied on models that exceeded 2.5-litre engines while small cars will pay up to 20 percent.