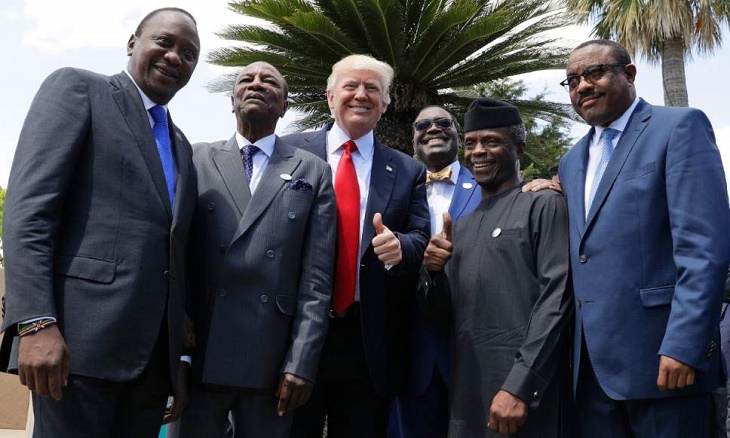 What next for the African Continent after US President Donald Trump on Monday released his first national security strategy for his administration’s approach to threats facing the nation and reflects his “America First” campaign promise?

“Africa remains a continent of promise and enduring challenges. Africa contains many of the world’s fastest growing economies, which represent potential new markets for U.S. goods and services,” reads part of  the National Security Strategy that ‘sets a positive strategic direction for the United States that is meant to reassert America’s advantages on the world stage and to build upon our country’s great strengths.

For Africa, the Trump Administrations “Will encourage reform, working with promising nations to promote elective governance, improve the rule of law, and develop institutions accountable and responsive to citizens.”

This will give focus on three areas: Political, economic and military and security.

Read: US President Donald Trump Hints on Plans for Africa


We will encourage reform, working with promising nations to promote effective governance, improve the rule of law, and develop institutions accountable and responsive to citizens.

We will continue to respond to humanitarian needs while also working with committed governments and regional organizations to address the root causes of human suffering. If necessary, we are prepared to sanction government officials and institutions that prey on their citizens and commit atrocities. When there is no alternative, we will suspend aid rather than see it exploited by corrupt elites.

ECONOMIC: We will expand trade and commercial ties to create jobs and build wealth for Americans and Africans. We will work with reform-oriented governments to help establish conditions that can transform them into trading partners and improve their business environment. We will support economic integration among African states.

We will work with nations that seek to move beyond assistance to partnerships that promote prosperity. We will offer American goods and services, both because it is profitable for us and because it serves as an alternative to China’s often extractive economic footprint on the continent.

MILITARY AND SECURITY: We will continue to work with partners to improve the ability of their security services to counter-terrorism, human trafficking, and the illegal trade in arms and natural resources. We will work with partners to defeat terrorist organizations and others who threaten U.S. citizens and the homeland.

The framework also hits out at China’s expanding economic and military presence in Africa noting that “Some Chinese practices undermine Africa’s long-term development by corrupting elites, dominating extractive industries, and locking countries into unsustainable and opaque debts and commitments.”

China’s presence in Africa in the past has been in terms of products.

According to the Brink News Chinese interest in Africa arose from three needs: to establish a bilateral relationship as a growing power in its own right, to have access to energy and mineral resources and to establish itself as a champion of anti-colonialism.

Beijing merely had to highlight the historical comparisons between colonialism in Africa and its own “Century of Shame,” during which it was subjugated and colonized by the West, to fulfill this last goal.

China’s Commerce Ministry announced that China-Africa trade increased by 16.8 percent year-on-year in the first quarter of 2017. As if that was not enough, various African leaders were courted at a summit in Beijing in July, which promised extensive deals in infrastructure and trade under China’s “One Belt, One Road” initiative. All of this serves as an exclamation mark on the following sentence.

The Financial Times “Chinese investment in Africa: Beijing’s testing ground” noted that “While Europeans and Americans view Africa as a troubling source of instability, migration and terrorism — and, of course, precious minerals — China sees opportunity. Africa has oil, copper, cobalt and iron ore. It has markets for Chinese manufacturers and construction companies.” 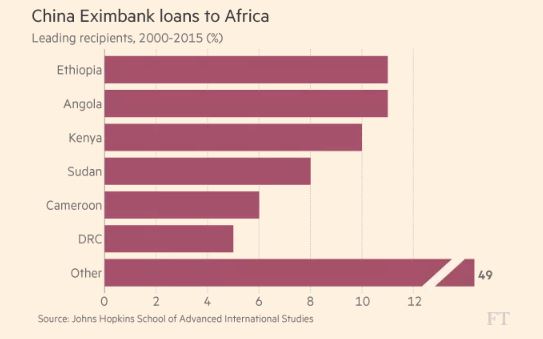 “Welcome to the era of riding a wild horse…2016 was a bad year for volatility and 2017 has the makings of being even worse,” Njoroge said in an interview at the margins of the inaugural Wall Street Journal Africa conference. Asked whether he was comfortable being a principal spokesman to warn against the impact a more protectionist U.S., the governor said: “I have no choice.”

However, America cites corruption and weak governance as a threat that will undermine the political benefits that should emerge from new economic opportunities for America.