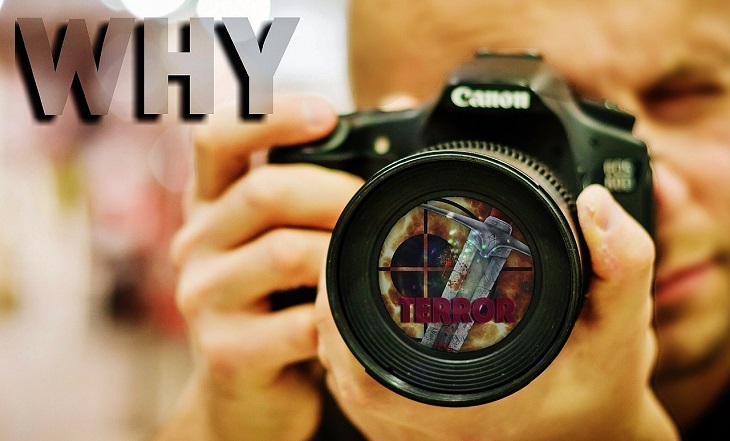 Journalists have a crucial role to fulfill, but they are dropping the ball in reporting on terror.

It took more than 17 hours for the terror attack – which the militant group al-Shabab claimed responsibility for – at 14 Riverside Drive to be concluded. The attacked complex houses Dusit D2 Hotel and various offices.

Although the siege was thought to be over, security operation went on for the better part of Wednesday morning and more than 170 people were rescued with 14 reported dead.

Similar to the attack on Westgate Mall in 2013, the terror has somewhat sparked several conversations revolving around security issues among which the role of journalism in terror reporting couldn’t be ignored.

For one, the New York Times published an article with insensitive photos embedded in the story. Angered by the inappropriate display, Kenyans took to the social media demanding the photos be pulled down.

The newspaper, however, defended themselves saying their editorial policy mandates so claiming that the aim is to show the “real picture” of what is happening on the ground.

People want news, but this remains true only for as long as gory and disturbing images of their loved ones do not start circulating through the media. Furthermore, some news gives too many details on what is happening, what the rescuers are doing and the strategies to be taken during rescue operations.

Now, it doesn’t take a fool to realize that such reporting may give the attackers a heads-up enabling them to further spread terror, escape, or to be always a step ahead of the officers carrying out the operation.

Clearly, journalists and media houses need to exercise caution and critically examine who they quote, the message they are relaying, and how the message is contextualized. In a nutshell, journalists should put aside the pressure to win readers, increase viewership, and get more listeners.

There are several examples that stress the need for a change in the way the media report on terror attacks. Well, the first example is that of the New York Times printing images of victims of terror.

Their article victimized the already-traumatized individuals and their loved ones in the name of journalism, which begs the question, where is the ethical obligation that ensures that news is gathered and presented in ways that take into account human dignity, vulnerability, fresh grief?

Rumors, report on the authorities’ investigations, interviewing victims, and obstructing rescue operations are other examples.

Kenyan journalists are no exception in terms of striving too hard to get the whole story as was evidenced by the way they were insisting on interviewing traumatized victims who just survived the DusitD2 attack.

At best, Henry Githaiga, a former journalist who was among the victims maintains the true nature of journalistic boundaries.

“The police are evacuating people one at a time, but at the moment it would not be fair for me who just got out to try and paint a picture of where anyone else would be or what the situation could be because they have family out there,” he said.

Furthermore, Githaiga urged the public not to call the victims still in the building since saying it was interfering with their psychological well-being.

According to a research paper on reporting on terror titled Fanning the Flame: Reporting on Terror in a Networked World, it is noted that “Around terror events, live broadcasting, and particularly television, remains the dominant news information source for a majority of the media-consuming public. However, over the last decade, those reports are becoming more reliant on social media.” This could as well mean relied on rumors, unconfirmed stories, images and spreading information that further worsens terror attacks.

In retrospect, reporting on terror nowadays seem to fulfill what the attackers and terrorists want. Terror groups thrive in attention, they are waiting for the media to post images of the dead and the state of panic as well as the number of the involved innocents to claim and boast triumph.

Not only does the media knowingly or unknowingly spread fear, but some news coverage pressurizes some politicians into counter-productive over-reaction. The responsibility of the government is to minimize the dangers of terrorist attack, but their reaction could incite unexpected actions.

The aforementioned report also says that “There is always a danger of media giving terrorists details about the security operations that help them improve their work. This is particularly relevant in the midst of a terrorist operation. Live videos or pictures of a scene may endanger security forces or hamper their work. It is essential that, when the public is at risk, the news media works closely with security officials.

The fact is that journalism should still stress on getting the facts right. The social media content is large and some of it is inaccurate and misleading and this should not make journalists complacent.

In short, journalists should emphasize on more intelligent, informed and socially responsible reporting of terror, not just as a moral plea, but also as a chance to show journalism remains a vital part of modern society that can be relied on.