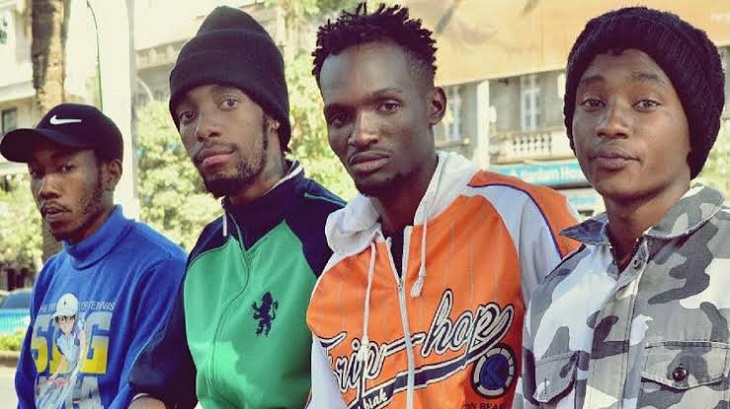 Ezekiel Mutua, the Kenya Film Classification Board (KFCB) Chief Executive Officer has called for the immediate arrest of Ethic, a Kenyan music group he says is promoting violence against women through their music.

Ethic latest song Tarimbo has had the KFCB boss agitated saying the message in the song is outrightly advocating for the rape of women which is not only calling for violence against women but is a crime.

“I have spoken to Google to take down the damn crap called Tarimbo by Ethic Entertainment which advocates for the rape of women. Promoting violence against women is criminal,” an obviously offended Mutua said.

“The DCI should arrest the entire bunch of musicians called Ethic, under Article 33, for going beyond the prescribed delimitations on freedom of expression by advocating for violence against women,” the KFCB CEO said.

Mutua has said that Sailors and Ethics music groups have no regard for morality of decency and are instead out to undermine the Country’s morals.

This comes two months since the song Wamlambez was ordered for banning as Mutua noted that the song’s lyrics advocated for oral sex and was not decent.

“When we banned Wamlambez people said we were killing creativity. I asked these nincompoops if they could shout Wamlambez before their mothers and they said they could. I was baffled,” Mutua said.

“These so-called musicians and performers have defied everything decent societies hold dear. They have thrown morality to the four winds in the name of money and popularity,” Mutua said referring to music group Sailors and Ethics.

The KFCB CEO went ahead to ask decent DJs to avoid the songs warning that the Country was likely to lose an entire generation in the name of having creative freedom.

“Any self-respecting DJ should not play these songs. No club should allow music that advocates for violence against women,” Mutua said.

“Unless decent people rise against the wave of immorality in Kenya, we are going to lose a generation in the name of creative freedom,” Mutua noted adding: “No freedom is absolute. This time round we must draw the line!”