8 Confirmed Dead As A Volcano Erupts In New Zealand 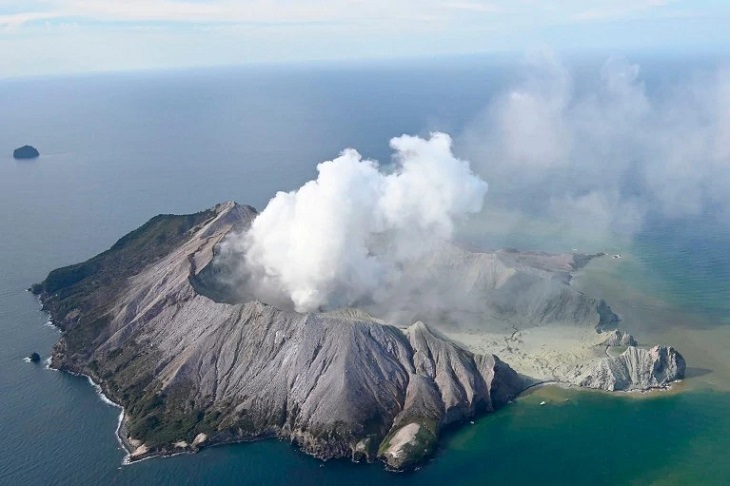 Divers have been deployed by the New Zealand police to find two missing bodies near the White Island volcano after six bodies were retrieved in a recovery operation.

47 people were present when the volcano erupted on Monday 9th, 2019 while eight were missing, presumed dead.

According to BBC News, eight people have been confirmed dead while around 20 remain in intensive care with severe burns.

The police said despite the risk of another eruption, the retrieval was launched today on 13th Friday and the search for the two bodies is set to continue on Saturday morning.

Prime Minister Jacinda Ardern said that there are questions over why people were allowed to visit the active volcano. she added that these questions must be answered and will be answered.

‘We also need to respect the phase we’re in now. With families only just getting their loved ones back’ She said

Today morning, a high-speed retrieval to get to the bodies was launched even though the risk remained unchanged.

A team of eight specialists from the New Zealand Defense Forces flew by helicopter to the island and spent four hours retrieving the bodies.

The Police Commissioner Mike Bush said in a statement that even as they made a great stride in retrieving the bodies, unfortunately, the recovery option is not over as two people remain unaccounted for.

‘We know at least one body is in the water and divers are currently attempting to recover this body’, he added.

‘We are making every effort to locate and recover the two remaining deceased’.

GeoNet, New Zealand’s geological hazard information site, said on Thursday there was a 50-60% chance of another eruption on Friday

Volcanologists warned that if the volcano erupted while they were on the island, the team could face magma, superheated steam, ash, and rocks were thrown at high speed

Mr. Bush said it was a dangerous mission for those involved.

“The environment that those staff encountered was unpredictable, challenging and those staff showed absolute courage in order to ensure that those six people were returned to their loved ones.”

Of those on the island when the eruption happened, 24 were from Australia, nine from the US, five from New Zealand, four from Germany, two from China, two from the UK, and one from Malaysia.

After the eruption, most of the visitors were taken off the island in dramatic rescue efforts.

Some tourist boats already on the way to the mainland turned back to take in those stranded.

Meanwhile, commercial pilots headed back to the island – as the eruption was ongoing – to look for survivors.

Many of those who made it off the island were severely injured and burnt.