Have You Watched The Kenyan Film “You Again”? 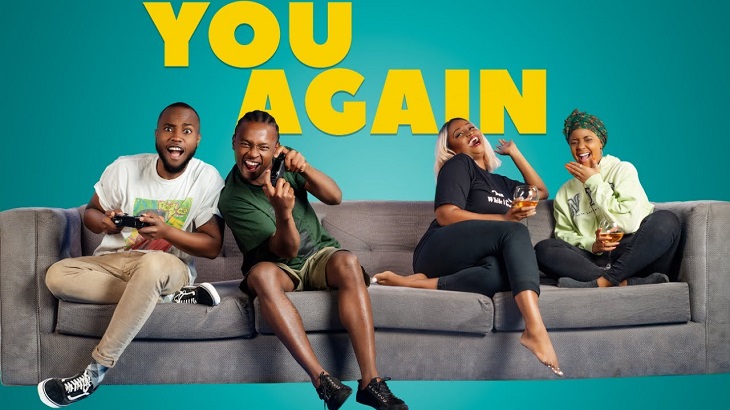 The Giraffe African film ‘YOU AGAIN’ which was released recently follows Sophia, a talented young journalist who loses her job after working her way to the top of the ladder.

After losing her job, Sophia turns to self-pity but her roommate quickly helps her secure an interview at another media company. It is during the interview that she instantly regrets going in for it, after meeting her ex-boyfriend Kingsley, played by Nick Mutuma.

Sophia bags the job but finds out that she’ll be co-anchoring the news with Kingsley.

The 60-minute romantic comedy follows them as they try to come to terms with the situation and deal with questions left unanswered from their past.

The movie is definitely a must-watch with a Kenyan setting and relatable issues such as workplace dramas and gossip.

Additionally, Sophia’s journey of getting a job after five years of “tarmacking” landing her first job and then losing it reflects how most people react after losing their jobs – not wanting to leave the bed and binge-watching series.

Kingsley’s journey, on the other hand, is also relatable, because he goes for over 30 interviews within three years despite having a master’s degree, has to deal with parental pressure and turns to use of alcohol as a distraction from the job searches.

It also touches on bigger societal issues such as men getting higher salaries for the same position as women, sexual harassment at the office and the struggle of unemployment.

The playlist is also really nice with a variety of songs such as Sometimes – Earlwin, Niambie – Xenia Manasseh, Maybe – Wendy Kemunto and many more.

Executive producers for the film are Nick Mutuma and Albert Josiah.

It was Created and Written by Natasha Likimani