Kenya’s fertility rate is further expected to fall deeper to 3.0 children and further lower to 2.0 children in 2074 despite Kenya’s population growth is slow, Kenyan women are mostly not willing to have more than two children.

A majority of Kenyan women are opting for fewer children whom they can afford to give what they consider a comfortable life financially while a majority of women also prefer to pursue their careers first before getting babies. 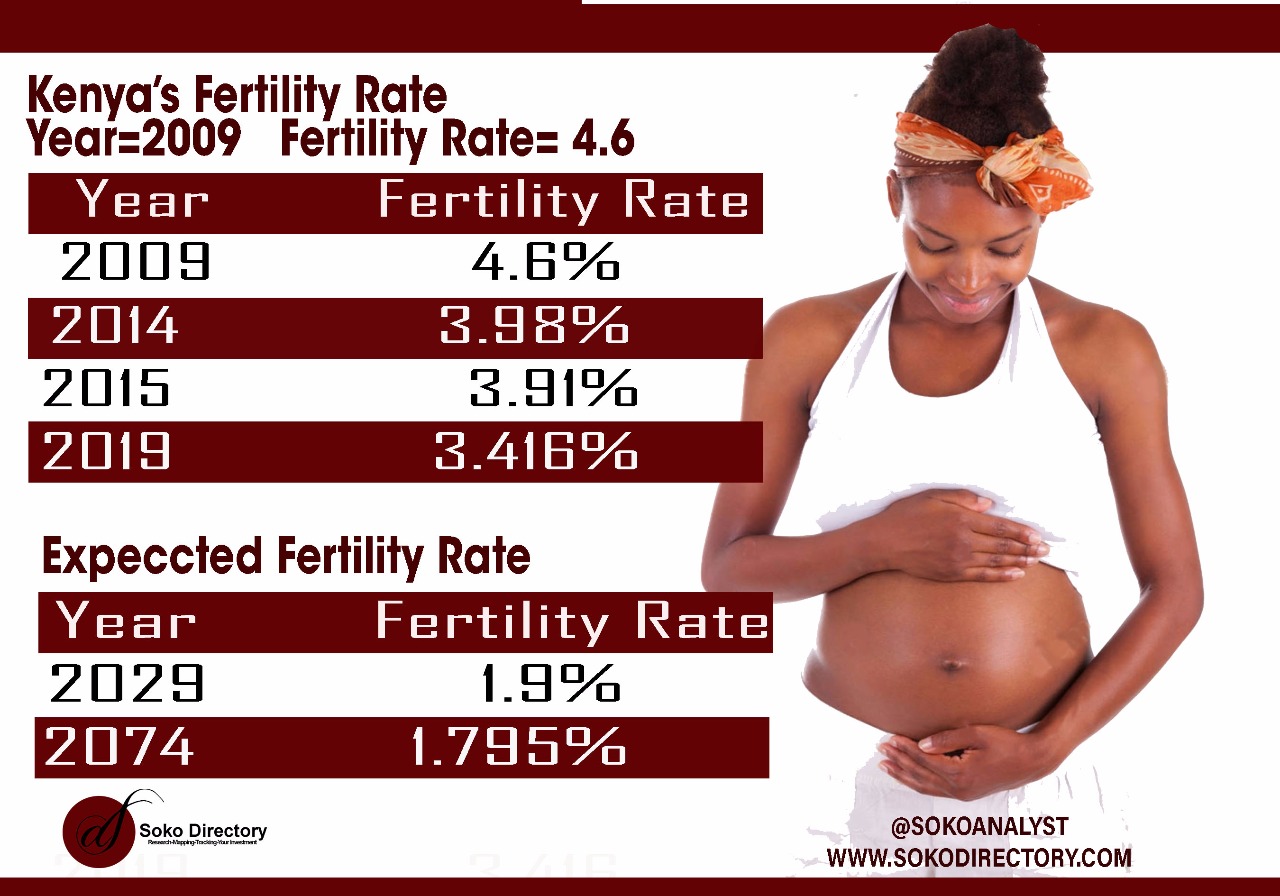 The Northeastern region of Kenya is considered to have the highest fertility rate with a woman giving birth to an average of 7 to 8 children.

Counties in the Central region such as Kirinyaga County has the lowest fertility rate at 2.3 while Nyeri, Kiambu, and Nairobi have 2.7 fertility rates.

Counties reported to have a very high prevalence of early childbearing are in the Nyanza region, the Rift Valley and Coastal region where girls as young as 12 are already mothers.

Fertility rates in Kenya are higher in rural women than in urban women which has been attributed to the level of illiteracy and access to family planning methods.

Women hailing from poor backgrounds are also found to have more children than those from well off backgrounds as most poor families are not able to finance their daughter’s education to the university level leaving them exposed to early marriages or sexual predators.

Education has also been mentioned as a possible effect as a number of women view children as a barrier to achieving their professional and academic dreams.

Kenya currently lags behind in matters fertility rate in East Africa yet the Economy has refused to smile to the tightened wombs of the Kenyan woman, is it time to relook the solutions for the economy?

READ: Ten Counties Most Affected by Mental Illness in Kenya