Overall land prices in the suburbs posted a modest 0.2 percent increase over the quarter while the satellite towns saw a 1.5 percent rise.

Overall land prices in the suburbs posted a modest 0.2 percent increase over the quarter while the satellite towns saw a 1.5 percent rise according to a report released by Hass Consult. 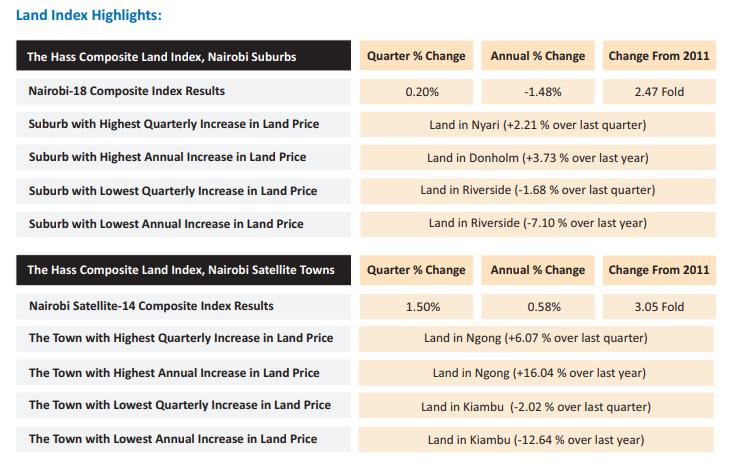 Land prices in Nairobi suburbs that are characterized by highly commercial zones softened as developers have gone slow in these areas due to low demand for office space.

Riverside recorded the biggest drop in land prices over the quarter and on an annual basis at 1.7 percent and 7.1 percent respectively. Nyari was the best performing suburb over the quarter with prices increasing by 2.2 percent while annually Donholm topped at 3.7 percent. 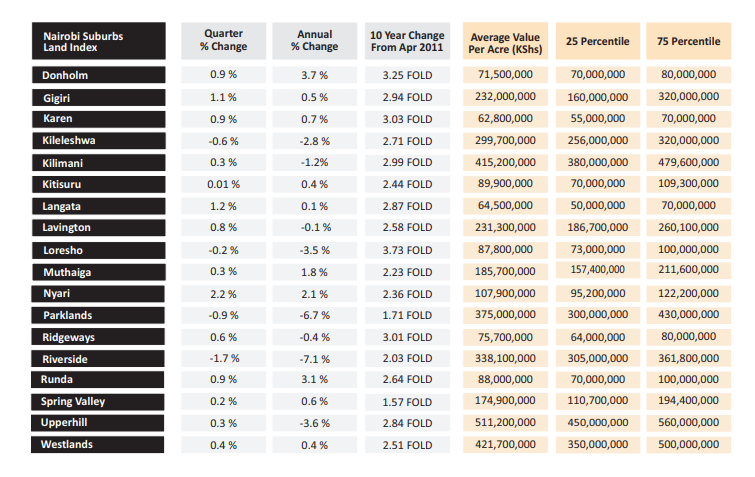 Overall, the suburbs recorded a 0.2 percent increase over the quarter but a 1.48 percent drop annually. Ngong town led on both the quarter and annually at 6 percent and 16 percent respectively as the town’s attractiveness continues to be enhanced by the ongoing investment in infrastructure.

Kiambu was at the tail end over the quarter and annually with falls of 2 percent and 12.6 percent respectively. Satellite towns saw a 1.50 percent increase in the first quarter of 2021 and a 0.58 percent raise annually.

The Mix is a measure of the percentage that each suburb represents in the market for 18 Nairobi suburbs.