The 2NK Sacco driver who was shown the door by his employer after he reported drunk school children to police officers, met the Director of Criminal Investigations, George Kinoti. 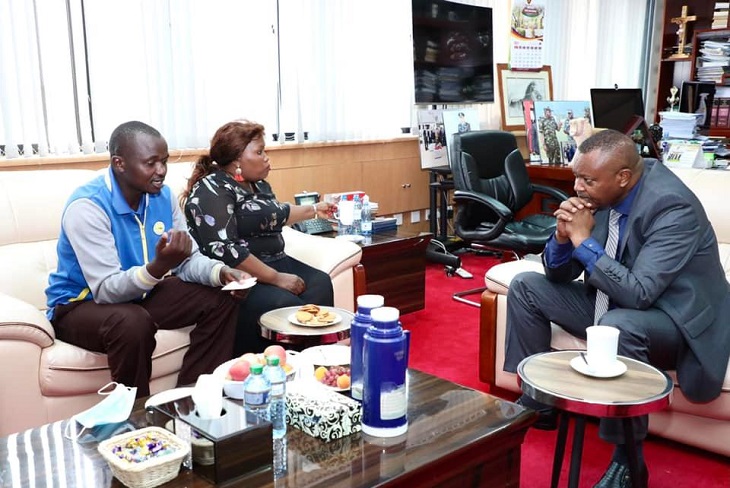 The 2NK Sacco driver who was shown the door by his employer after he reported drunk school children to police officers, met the Director of Criminal Investigations, George Kinoti.

John Muthoni had earlier been invited by the DCI chief upon receiving news of his sacking, which was condemned by many Kenyans online. The discouraging news had spread on social media like wildfire.

The driver had a difficult time trying to dissuade the 7 boys and 7 girls from indulging in drugs, but the unruly students cautioned him to mind his business or face dire consequences.

Mr. Kinoti celebrated his bravery after he tried in vain to contain the intoxicated kids and drove the vehicle to a police station. He wondered how 2NK Sacco would result in such a punitive action instead of encouraging other drivers to emulate Muthoni’s good example.

The DCI director encouraged Muthoni to continue upholding the moral value of standing up for what is right, even if it meant putting his career at risk.

The incident comes in the wake of the many cases of schools unrest that have paralyzed studies in many learning institutions across the country.

Muthoni who has since secured a job at the Nyeri County government was accompanied by Limuru East nominated MCA, Hon Mercy Nungari.