It also plans to construct a proposed 15-storey office complex opposite the Safaricom headquarters- an edifice it says will be symbolic of achievements of empowering one another by the greater Safaricom family and to showcase limitless potential of the Sacco movement in Kenya.

The Sacco founded in 2001 to serve the common bond of Safaricom employees presently has 8000 members and an asset base of Ksh2.8 Billion, and is implementing a strategic plan targeting to grow its business fourfold by 2018.

George Ochiri, Safaricom Sacco CEO, speaking while launching the shares offer dubbed “Nawiri na Safcom Sacco” said: “The success of the Nawiri na Safcom Sacco share offer will usher in an era of greater accomplishment by our members.  The funds we raise will go towards increasing the threshold for members ’loans currently standing atKsh 2.7 Billion for 6,600 borrowers at an upper limit of Ksh10 Million.  We also want to introduce collateral backed lending and complete construction of this proposed Safaricom Sacco Tower along Waiyaki way,” said Mr. Ochiri.

The Safaricom Sacco headquarters, if approved as proposed, will be one of tallest buildings dotting the Westland skyline. 15 storey high, it will tower over nearby buildings such as the Sky Park, 7-storey Sankara Hotel and nearby Sarit and Pacis centre.  It will feature a swimming pool at the top, green energy and compose about 50-60% glass in its architecture. The SACCO is awaiting approval from the Nairobi County.

Safaricom Sacco said only members are eligible to buy the shares .Recently the Sacco has expanded membership base to include employees of companies affiliated to Safaricom. 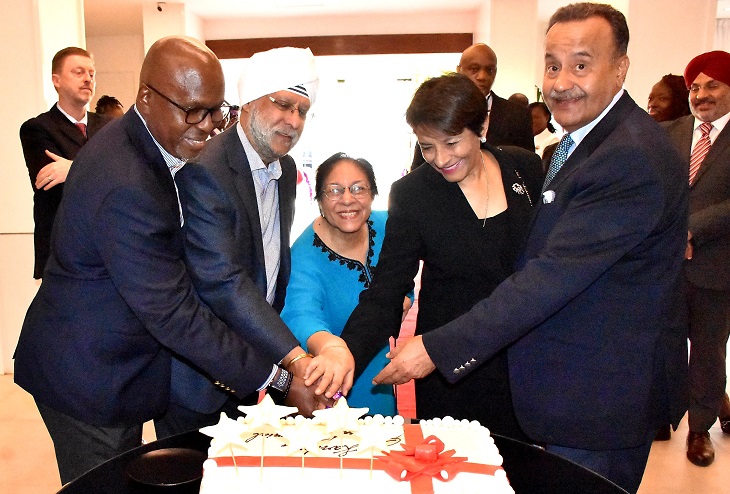