The Kenya National Bureau of Statistics (KNBS) on Friday said that the country’s inflation dropped to 9.21 percent year-on-year in June, from 11.70 percent a in May.

According to KNBS, in June 2017, Food and Non-Alcoholic Drinks’ Index decreased by 2.74 per cent
compared to May 2017 mainly due to significant falls in the prices of several food items . 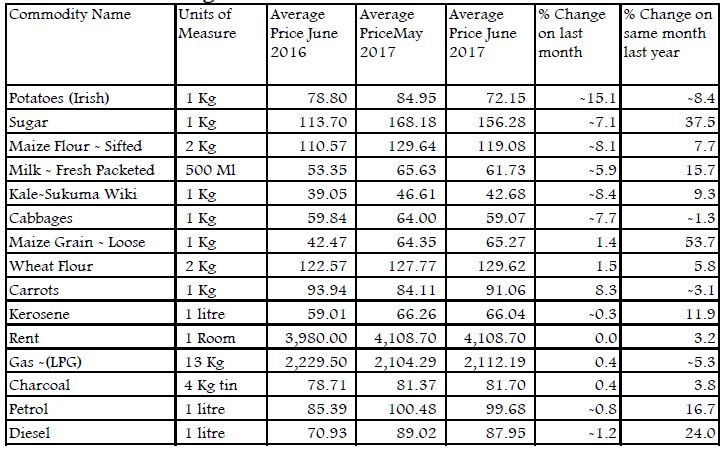 The year on year food inflation dropped from 21.52 per cent recorded in May 2017 to 15.81 per cent in June 2017. “Generally, prices of most non-food items remained relatively stable during the  review period,” it said.

During the same review period, the Transport Index decreased by 0.06 per cent on account of decrease in the pump prices of petrol and diesel.