Two Kenyan commercial banks have been ranked among the top 25 and highest movers in Africa by the The Banker’s top 1,000 banks in the world report. 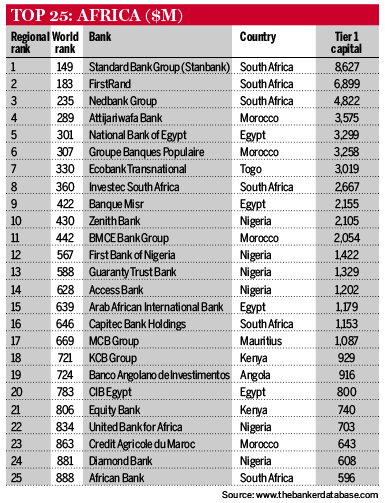 KCB Group and Equity Bank are ranked position 18 and 21 in Africa and 721 and 806 globally respectively. 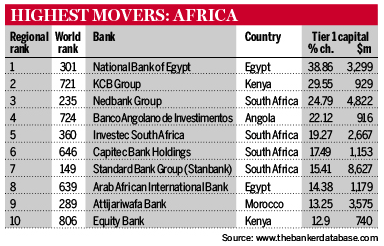 In the report, South African banks managed to climb in the Top 1000 rankings, with Standard Bank Group being ranked first in the continent with $8.6 billion in Tier 1 capital. Followed by FirstRand and Nedbank, second and third, respectively.

Barclays Africa is ranked under the UK, as it had not yet been sold off, during the review period.

Covid-19 Uncertainties Still A Challenge For The Kenyan Shilling