Kenya makes history as Prisoners vote for the first time 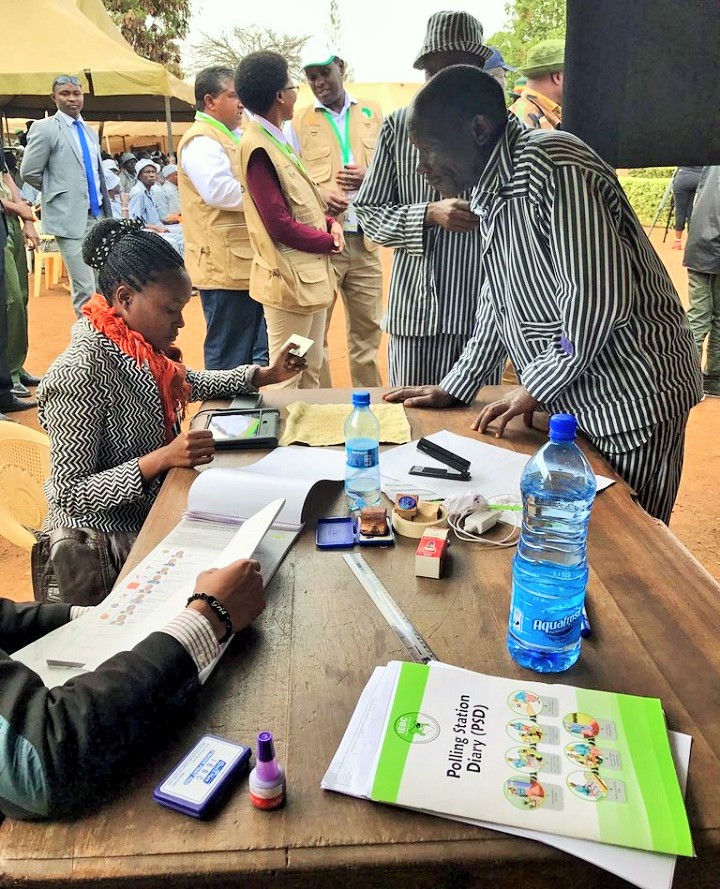 Kenyan Prisoners also made a history as they queued to cast their ballot on Tuesday for the first time.

“We expect the 5,528 registered voters in prisons across 103 polling stations to finalize voting before 5pm today.” said Wafula Chebukati, IEBC chair. “Note that our fellow citizens voting in prisons are only voting for the elective position of president.This is a milestone in elections as prisoners are allowed to exercise their democratic right for the first time.”

Kenyan prisoners won the right to vote in a 2010 court ruling but it is this year that they have been allowed to vote.  Voting in prisons is for presidential candidates only.

“The Process of allowing prisoners to vote for President is an important step in rehabilitating them into society,”  said HE Thabo Mbeki, who is leading the AU Observer Mission.

‘Process of allowing prisoners to vote for President is an important step in rehabilitating them into society’ – HE Mbeki #ElectionsKe pic.twitter.com/zHybjgbi0i