State of Food Security and Nutrition in the World- FAO 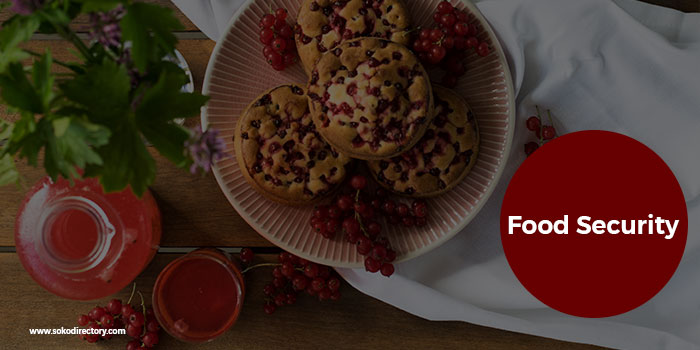 There is more than enough food produced in the world to feed everyone, yet 815 million people go hungry.

As reflected in Sustainable Development Goal 2 (SDG 2), one of the greatest challenges the world faces is how to ensure that a growing global population – projected to rise to around 10 billion by 2050 has enough food to meet their nutritional needs.

To feed another two billion people in 2050, food production will need to increase by 50 percent globally.

According to the Food Authority Organization (FAO), food security tends to be a complex condition which requires a holistic approach to all forms of malnutrition, the productivity, and incomes of small-scale food producers, the resilience of food production systems and the sustainable use of biodiversity and genetic resources.

After steadily declining for over a decade, global hunger appears to be on the rise, affecting 11 percent of the global population.

In addition to an increase in the proportion of the world’s population that suffers from chronic hunger (prevalence of undernourishment), the number of undernourished people on the planet has also increased to 815 million, up from 777 million in 2015.

The food security situation visibly worsened in parts of sub-Saharan Africa, South Eastern, and Western Asia. This was most notable in situations of conflict, in particular where the food security impacts of conflict were compounded by droughts of floods, linked in part to El Niño phenomenon and climate-related shocks.

Over the past ten years, the number of violent conflicts around the world has increased significantly, in particular in countries already facing food insecurity, hitting rural communities the hardest and having a negative impact on food production and availability.

The situation has also deteriorated in some peaceful settings, particularly those affected by economic slowdowns. A number of countries heavily dependent on commodity exports have experienced dramatically reduced export and fiscal revenues in recent years.

Thus food availability has been affected by reduced import capacity while access to food has deteriorated in part due to reduced fiscal potential to protect poor households against rising domestic food prices.