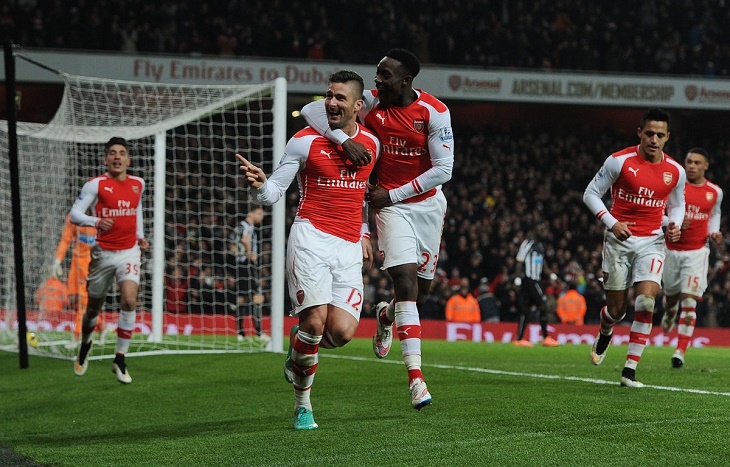 This festive season SuperSport will broadcast the Premier League for 19 days -the highest ever during December – January period.

Indeed the season has a  massive fixture congestion for every Premier League side. Between December 21 and January 21, there are 19 Premier League fixtures being broadcast live on Supersport, your world of champions.

DStv will be pulling out all the stops beginning with the digital media coverage of the 19 days of Premier League.

#19DaysofPremierLeague on DStv, just upgrade your DSTV Decoder to Compact and Premium package.

All these are available at the DSTv Soko shop.

To start,  Arsenal who are fifth in the league, a point and a place behind Liverpool meet on Friday at the Emirates Stadium.

Arsenal striker Olivier Giroud has been ruled out of the match with a hamstring injury.

According to Arsene Wenger “It doesn’t look very good for him,” Wenger told reporters after the victory. “I think he’s out of Friday night…

“We have to wait. Nowadays you do the scan 48 hours after the injury. That will happen on Thursday, then we’ll have a precise kind of grade on what his hamstring is.

“When you listen to him, the pain is quite big, but the grade is not always linked with the intensity of the pain.”

Arsene Wenger’s boys have won 13 of the last 14 league matches at the Emirates Stadium, with their only loss coming against Manchester United.

Liverpool have won 19 of the 51 Premier League games between the two sides while Arsenal have 15 wins, nine of which have been at home.

On the other hand, Saturday will be a fully packed football weekend as shown below. Until ten, ensure you get that DSTv decoder to enjoy the fun, thrill and suspense of the game.