Kenyatta National Hospital has hit the headlines again after a neurosurgeon at the country’s top hospital opened up the head of a wrong patient.

In what has been termed as one of the worst cases of medical error at the hospital, patients are now worried for their lives at the facility.

Two patients had been wheeled into the hospital where one needed a head surgery to remove a blood clot while the other just needed nursing but the doctors needed up performing an operation on the one who only needed nursing.

The management has said that there was a mix-up of identification tags that saw the wrong man being wheeled into the theater and doctors only realized in the middle of an operation when they discovered that there was no blood clot in the head of the patient.

The horror at the hospital comes weeks after the hospital hit the headlines following allegations of lactating mothers being raped and harassed by mortuary attendants.

The management has since suspended the medics who performed the operation on the wrong patient. 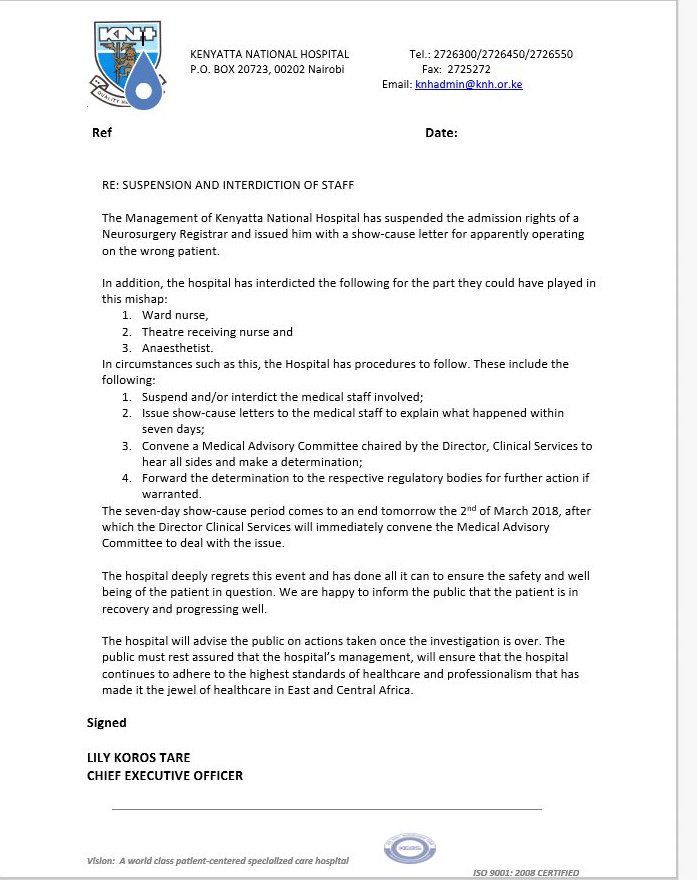