Five Kenya Defense Forces (KDF) soldiers have been confirmed dead at the Kiunga-Sankuri road in Lamu County after their vehicle hit an Improvised Explosive Device (IED).

The Ministry of Defense has since released a report on the accident thanking the locals who offered assistance to the soldiers and called upon them to extend help in weeding out terror elements in their midst to enable progressive pacification of Lamu County.

This comes in the wake of the President’s arrival where he engaged the US President Donald Trump on talks on matters terrorism.

The Country is also in anticipation of United Kingdom’s Prime Minister Theresa May’s visit where talks on training Soldiers on how to identify and destroy explosives are expected to feature highly. 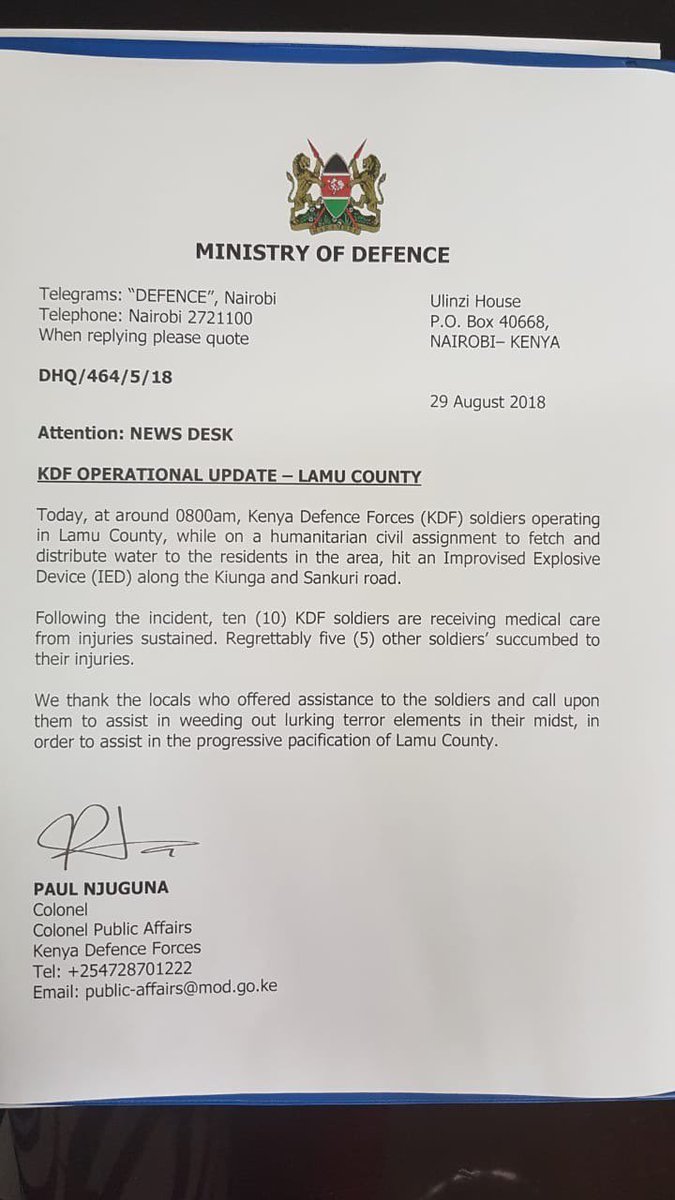