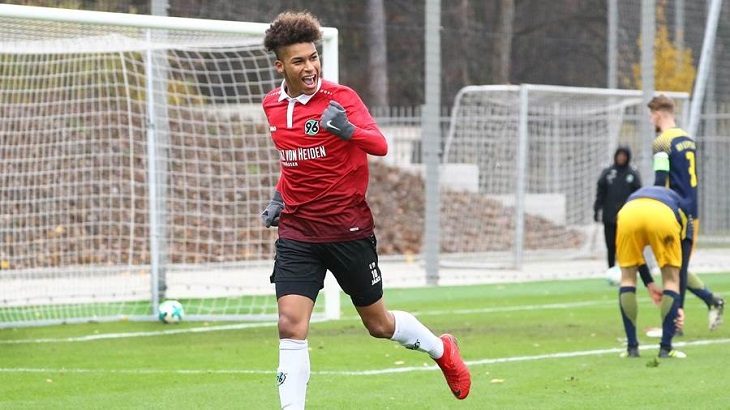 Linton Maina, Hannover 96 midfielder, has made headlines after he impressed in the pre-season and made his Bundesliga debut.

Maina, who is currently 19 years of age, was born in Berlin to a German Mother and a Kenyan father. He made his debut professionally for Hannover 96 on 18th March 2018.

He has appeared twice for Hannover and is on jersey number 40.

Maina first played for SV Pfefferwerk in 2003 where he played for seven years before transferring to Hannover.

Maina bagged his first assist, on 12th May 2018, against Bayer Leverkusen where he made his first major steps into the limelight.

“My first input in the game was successful as I helped the team win a free kick in a dangerous position and it gave me confidence. The assist is my highlight and it felt great,” Maina spoke at a local sports website.

Germany’s media outlets have ascertained that Maina did, indeed, catch the attention of scouts at Manchester United.

According to a number of news outlets in Germany, Maina has caught the eye of a few scouts at Manchester United. The Red Devils have been said as to have noticed the young champ’s capability in impacting the Premier League in the near future.