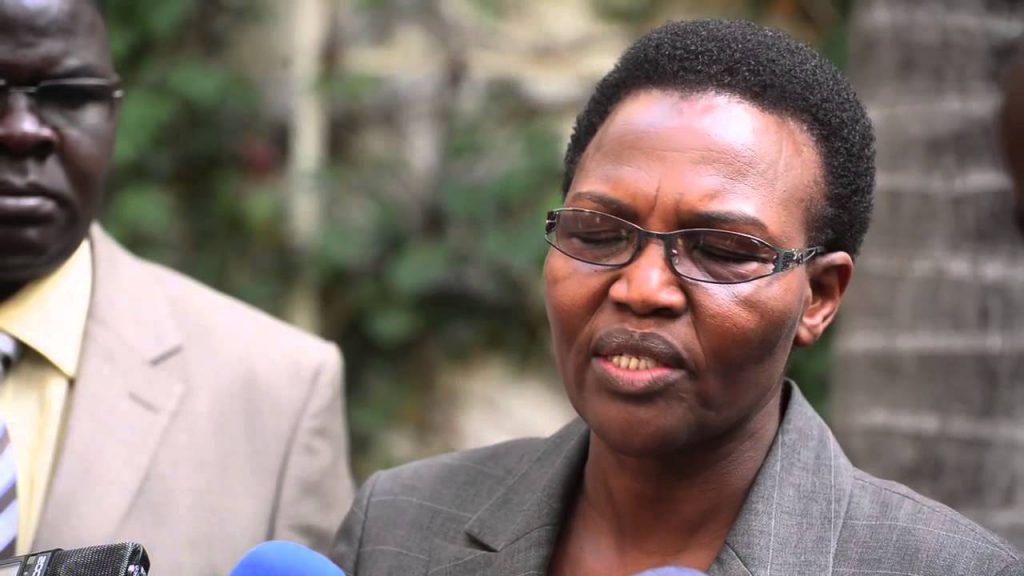 Members of Parliament took Sarah Serem, former Salaries and Remuneration Commission chair, to task during her vetting for the position of Kenya’s ambassador to China by the Defense and Foreign Relations Committee.

The Parliamentary Committee accused Sarah of arrogance, not being a team player and having poor negotiation skills which they said contributed to a huge number of unresolved cases.

The Members continued to claim that Sarah Serem is arrogant and did not deserve a position that required diplomacy. They said they were concerned on how she would treat Kenyan delegations to China.

MPs in the committee noted that Sarah’s background is in human resource but she lacked diplomatic explanation on major issues.

The MPs did not shy away from bashing her for proposing a salary cut for the legislators, during her tenure at SRC, accusing her of not having a valid reason to do so.

In what seemed to be a personalized attack from the MPs in the committee, Sarah Serem who was nominated by the President, apologized for rubbing the legislators in the wrong way as chair of SRC stating that her firmness was not ill-intended.

“When given a job, I do my best and I do not give excuses for not doing my best. If that has not been interesting and if I have offended anyone in any way, I am sorry but I meant well for Kenya and Kenyans,” she said.

Sarah noted that she was just a spokesperson of the commission and that every conversation that came from the commission was occasioned by nights and days of activates that included research and dialogue.

“It is only MPs who do not understand who Sarah Serem is. Outside there everyone understands me. Therefore, I request that we engage in areas other than the SRC,” Serem requested.

Sarah noted that her ability to mediate in conflicts has seen her sit in boards of various institutions terming herself as the best candidate for the job.