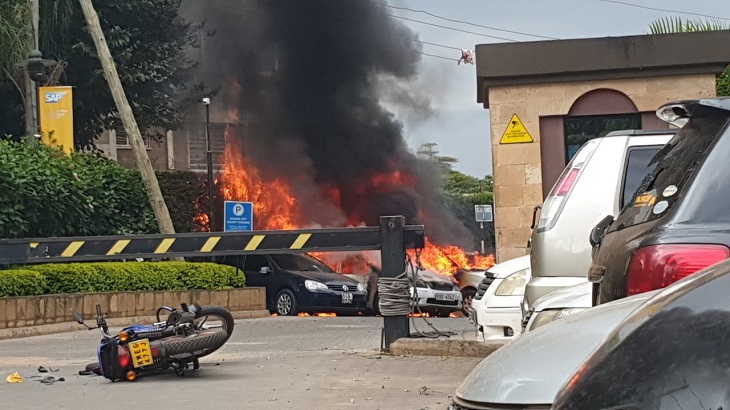 “The Mujahideen (holy warriors) carried out this operation … (as) a response to the witless remarks of U.S. president, Donald Trump, and his declaration of Al-Quds (Jerusalem) as the capital of Israel,” the militia group said in a two-page statement.

Trump overturned decades of U.S. policy and decided to recognize Jerusalem as the capital of Israel which frustrated the Middle East peace efforts and did not go down well with the Arab world and Western partners alike.

“I have determined that it is time to officially recognize Jerusalem as the capital of Israel, while previous presidents have made this a major campaign promise, they failed to deliver. Today, I am delivering.” Trump spoke of the decision which realized his campaign promise to Republican conservatives and evangelicals who make up his team of supporters.

21 lives have since been lost in what most Kenyans will never understand as to why.