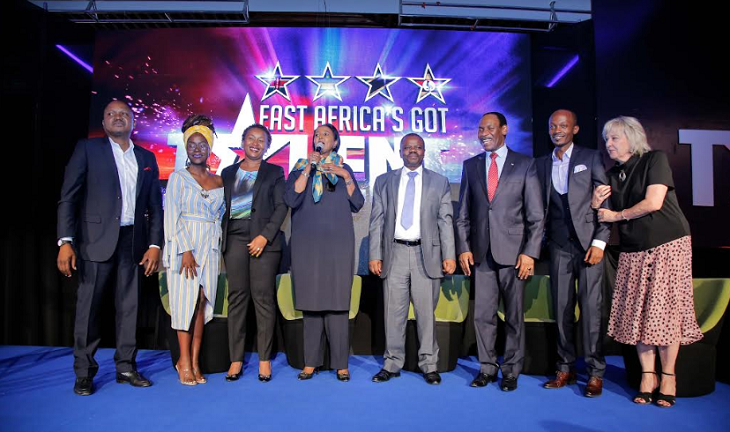 The Tanzanian media conglomerate, Clouds Media has announced the inaugural season of East Africa’s Got Talent TV show to be shot in Kenya, Uganda, Tanzania, and Rwanda.

The show will be adapted for the East African Market in partnership with Freemantle SYCO and Rapid Blue Productions from South Africa. The Kenyan version of the show will be sponsored by Safaricom PLC.

The show, which is part of “Got Talent” franchise started in 2014 by Simon Cowell will see acts ranging from the sublime to the ridiculous battle it out for a chance to be crowned the most talented East African.

“We are excited to bring this show to East Africa and give performers of any kind a chance to showcase their talent and tell the East African story through song, comedy, traditional music instruments, and magic. We would like to thank Safaricom and all our other partners for coming on board and playing a part in discovering the next generation of talent from East Africa,” said Joseph Kusaga, CEO, Clouds Media International.

Auditions for the show will kick off in Kenya in May, with pre-auditions in Nairobi on 11th and 12th May 2019 at KICC and 19th of May in Nyali School, Mombasa, then move on to Uganda, Tanzania and Rwanda. The show, due to start airing in August this year, will have 10 episodes, with the semifinals and grand finalé shot live on location in Kenya.

Qualified participants from Tanzania, Uganda and Rwanda will travel to Kenya for the Live shows. The winner will walk away with USD 50,000 (KES 5,000,000) as voted by the audience.

“Got Talent” is the world’s most successful reality TV format ever and has since spawned spin-offs in over 60 countries. The “Got Talent” format has had more than 900 million global viewers since it began airing in 2006 and has aired in 194 markets worldwide.

It is open to performers of any kind, including singers, dancers, instrumentalists, magicians, comedians and novelty acts. Ugandan comedian Anne Kansiime has been announced as the host. Judges will be announced at a later date