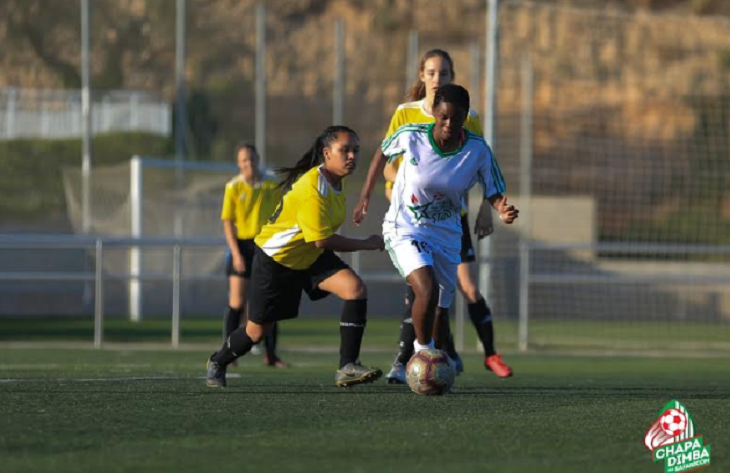 Chapa Dimba Na Safaricom All-Stars wrapped up their Spain tour with a big win after their girls’ side thrashed Tecnofutbol Ladies 6-0 in their final friendlies.

Their boys’ counterpart held Gimnastic Tarragona aka Nastic Tarragona to a 0-0 draw displaying an impressive performance in a match played at Futbol Salou, Spain on Wednesday night.

The team entered the match, after having a tour at the RCD Espanyol Stadium in the morning as part of their training program.

“It was a good match and we are happy for the draw, our aim was to put in practice what the coaches have been teaching us and we did exactly that. We now go home with great experience and hopefully a step in our football careers. My dream is to one day play here for professional clubs,” said, All-Stars captain Mohammed Abdirahim from Al- Ahly FC.

The boys’ draw comes two days after edging out Barcelona side, Sant Gabriel 2-1 in their second friendly match. The result meant that they have only lost once in the three build-up matches when they went down 3-5 to second division side Reus Deportiu in their first friendly match.

The girls bounced back with Ndhiwa Queens starlet Ivonne Ogada netting twice to inspire the girls’ side after a 2-0 loss to Barcelona side, Sant Gabriel girls on Tuesday night.  The girls only lost one match in the three build-up matches they played.

“I am very happy to end the friendlies with a win. This means that we have succeeded in what the coaches have been teaching us and we dedicate this win to them,” said Ivonne Ogada, who was the top scorer in Nyanza region with seven goals.

The 32 players were scouted by La Liga coaches from across the eight regions of Kenya. The team left Nairobi on 6th May 2019 for a ten-day training camp in Barcelona, Spain. During their stay in Spain, other than their regular training, they watched a live match between Barcelona and Getafe at Camp Nou stadium, had an opportunity to tour the cosmopolitan city of Spain, Barcelona and played against three La Liga division two youth teams.

“The team has had a great learning experience and we are glad to see a lot of improvements in them. Our dream is to transform lives and we acknowledge football as an avenue to uplift the lives of young people in our society. They are going back home better and inspired with not only football antics but as all-rounded citizens with promising football careers,” said Pamela Mwihaki, Manager, Brand Marketing and Communication, Safaricom.

The team departs for Kenya tonight, Thursday, where they will join their respective teams ahead of the national finals set for June in Meru