Chaos At Kamiti Prison As Inmates Protest Over Inspection 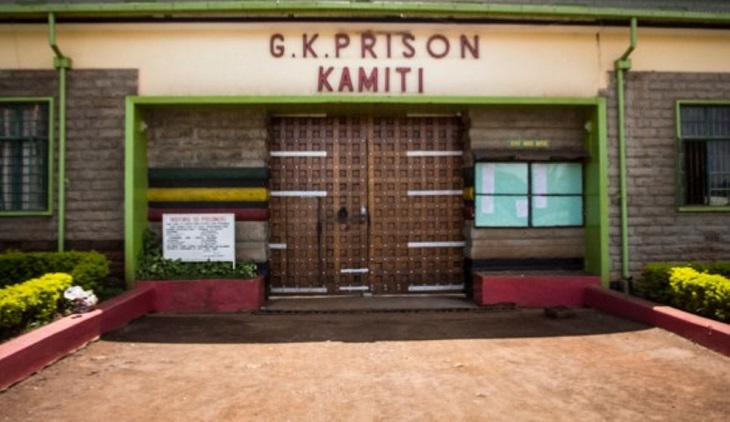 The situation at the Kamiti Maximum Prison is currently unbearable as anti-riot police are dispatched to calm the rioting inmates.

The unrest started after the inmates refused to submit contrabands sneaked into their cells to the prison guards who had decided to conduct an impromptu search.

The inmates boycotted their morning breakfast and climbed the rooftops prompting the prison warders to call the anti-riot team to calm down the situation.

The prison guards have been conducting regular inspections to ensure the safety of the inmates and the members of the public.

Kamiti is said to be one of the biggest prisons in Kenya, with a good number of guards and security cameras all over the facility.

Despite having regular inspections and stringent search of vehicles and people going in and out of the facility, smuggling of illegal items has not been inevitable.

Some items that are sneaked into the cells are like mobile phones and sim cards, which are said to be as a result of collusion between the warders and the prisoners.

Prisoners then use the sneaked items to swindle and solicit money from people outside the cells.

Well, you know what it means if you have ever received messages like, ”nitumie pesa kwa hii namba, usitume kwa ile ingine,iyo ikona shida, ”or Hello Dear…I have sent you the pin to my account, the goods are already delivered and will arrive at the Mombasa port as agreed, please call me if you have any inquiries.”

Other items such as knives and daggers are sneaked into the cells and are used to harm to their fellow inmates and the guards.

The culprits are confident that they cannot be caught, laying it bare that a good number of prison officials have their hands dirty, and whoever would try to snitch, would cause major harm to the top bosses in the facility.

Certain sections leading to the facility are said to be closed and prisoners are taken back to their cells.