More Than 7,412 Buildings In Kenya Are Unsafe and Dangerous 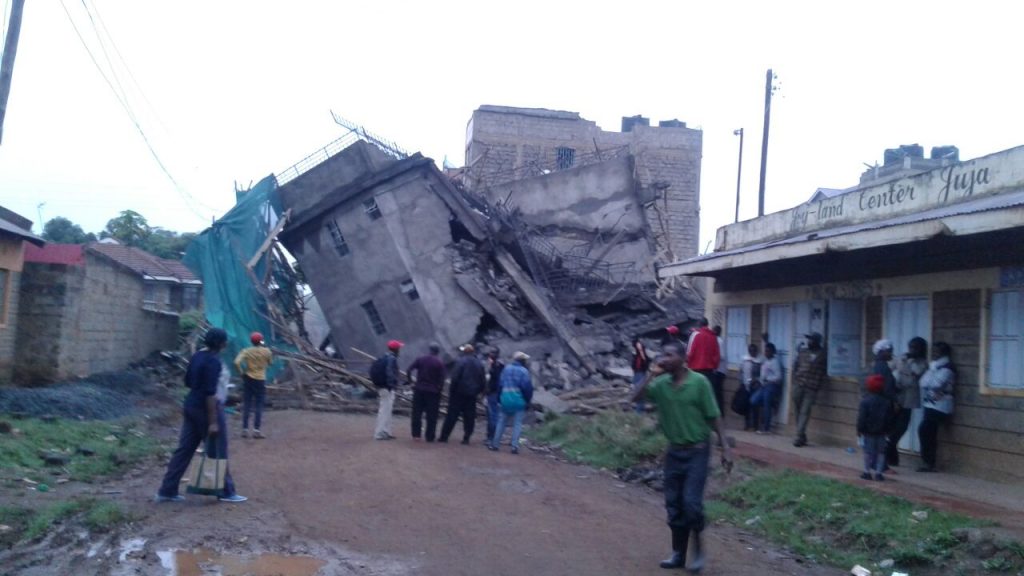 Buildings in Kenya’s capital Nairobi, are ranked amongst the riskiest to live in according to an audit update by state agencies.

In the past years, Kenyans have witnessed a number of buildings that have collapsed and claimed lots of lives. The most recent incident was where seven pupils died and 57 others were left nursing injuries after a classroom collapsed at the precious Talent Academy in Nairobi.

It is quite obvious, if not obvious that most buildings are built for commercial purposes which leaves out the safety of the occupants or tenants of such buildings.

Some storey buildings are put up very fast, missing out on critical procedures, just for the owners to start collecting money from innocent tenants, who have no idea of the risks they are getting themselves into.

Collusion among the State’s and county officials has been blamed for costing lots of lives as buildings are built without meeting legal requirements, making them very risky and dangerous for human occupation.

The Nairobi Eastland’s area is seen as the most prone to cases of buildings unfit for human occupation. Some of the places have buildings with very many tenants who live in poorly ventilated and very squeezed rooms.

The following are some of the Estates in Nairobi county caught by the audit’s radar; Huruma, Umoja, Kariobangi, Pipeline, Mathare, Ruiru, Dagoretti, Thika Road, Babadogo, South B, Kahawa west and many others.

Thika Road areas have more than 100 buildings that can collapse at any moment, while 448 buildings are considered unsafe for occupation.

Temporary buildings near the Kenya railways, pipeline, and KPLC recorded the highest number, with more than 5200 buildings considered unsafe.

Buildings under the Riparian (Nairobi River), temporary buildings near road reserves in Kibera, Dandora have been marked as dangerous and unsafe to live in.

Here is a summary of a number of buildings that are considered risky in different areas across the country;