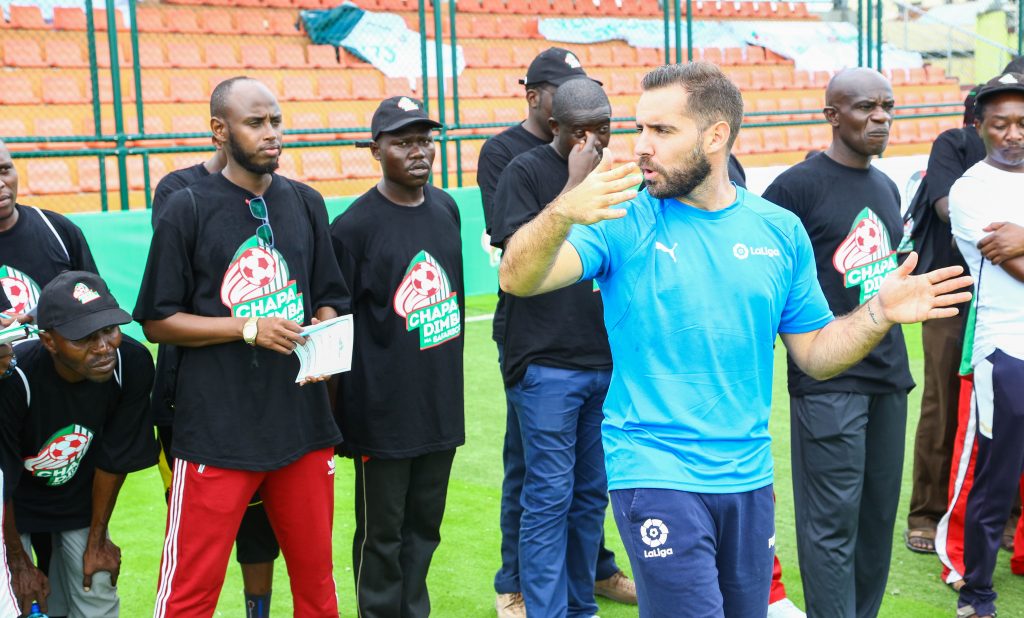 The Coast region will this weekend know who their new Chapa Dimba Na Safaricom champions will be as the youth tournament hosts the region’s finals at Bomu stadium in Mombasa.

With reigning Champions Shimanzi Youth and Changamwe Starlets both being bundled out of the tournament at the group stages, all 8 teams will be looking to book their slot for the national finals set for June next year.

In the girls semifinal, Kaloleni Starlets will face Kwale Queens while Emmaussians from Tana River will take on Malindi Action. In the boys matches, Kaya Stars from Kaloleni will play Mombasa’s Young Muslim with Young Gunners from Tana River taking on Malindi’s Yanga.

The winners will then play in the finals on Sunday at the same venue. During last year’s final Mombasa teams, Shimanzi Youth and Changamwe Ladies emerged victorious.

“It is the first time for my team to take part in Chapa Dimba na Safaricom and I am happy that we managed to make it to the coast regional semifinals. Bomu stadium is our home ground and it gives us great joy knowing that we will be having full support from the community as we look to keep the regional title in Mombasa,” said Hamisi Ali, coach Young Muslim FC.

The second of the scheduled 8 regional finals began with coaching and scouting clinics on Thursday and Friday which was attended by over 100 Chapa Dimba coaches from North Eastern, Eastern, Central and Coast regions. The clinics were conducted by certified LaLiga Coaches and involved theoretical lectures and on-field sessions.

The players will also be taken through life skills and mentorship sessions before taking to the pitch this weekend.

The winning teams will walk away with KES 200,000 each and a chance to represent the region in the national finals set for June 2020. The runners up will pocket KES 100,000 with a host of individual prices set to be won.

After the regional finals, an all-Star team comprising of 16 girls and 16 boys will be selected to attend a 10-day training camp in Spain during which they will play friendlies against top Spanish La Liga Football Academies.