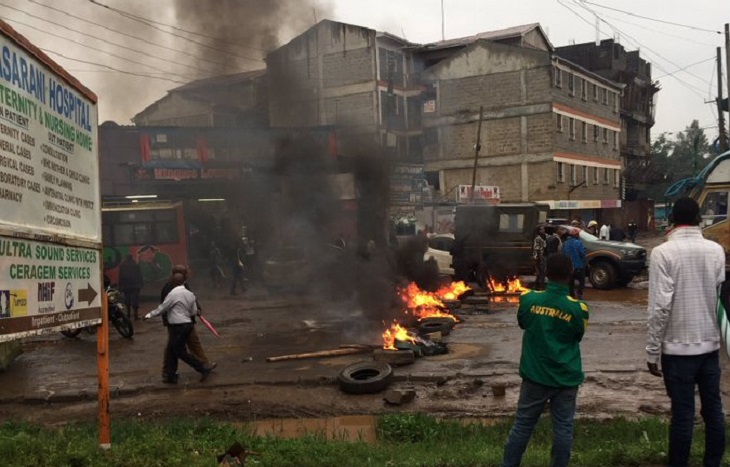 Matatu Operators in Kasarani have blocked roads leading to Mwiki and other areas in the Constituency in protests of visibly pathetic roads at a day when the Nairobi Governor Mike Sonko is facing charges of misappropriation of funds at the Milimani law courts.

The matatu operators are calling upon the Nairobi leadership to fulfill its mandate in ensuring passable roads as promised during campaigns with the constant mention of Mercy Gakuya, the area member of Parliament.

Residents of Kasarani woke up to blocked roads with lit bonfires as early as 5 am as the matatu operators chanted for reforms paralyzing transport in the area and bringing businesses to a standstill.

The Kasarani Mwiki road connects two busy roads which are the Thika Superhighway and Kangundo road and is also used by a majority of Nairobians who live in the area making it extremely crucial for business.

The protests were announced over the weekend in various social media platforms with tweets reading as follows.

Monday on 9th Dec I will be supporting the major Strike..I will stand to be counted this time let’s not politicize but get a lasting solution for Mwiki Kasarani Road… Cc @Ma3Route @KenyanTraffic#KasaraniUpdates#Nitakuwepo#KasaraniOnthelookOut. pic.twitter.com/prYVVa9s1n

Residents of Kasarani came out in large numbers to air their frustrations with the ‘shamba-like’ roads on social media, we share a few sentiments aired on Twitter.

My Kasarani people, go on let’s use the language they listen to. Close it until they respond reasonably, we cannot afford to be spending 2 hours on a road that is only 7 km long @Ma3Route 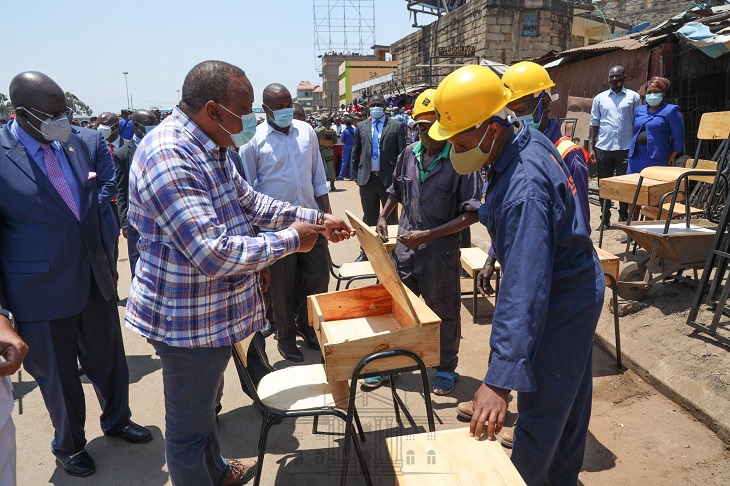