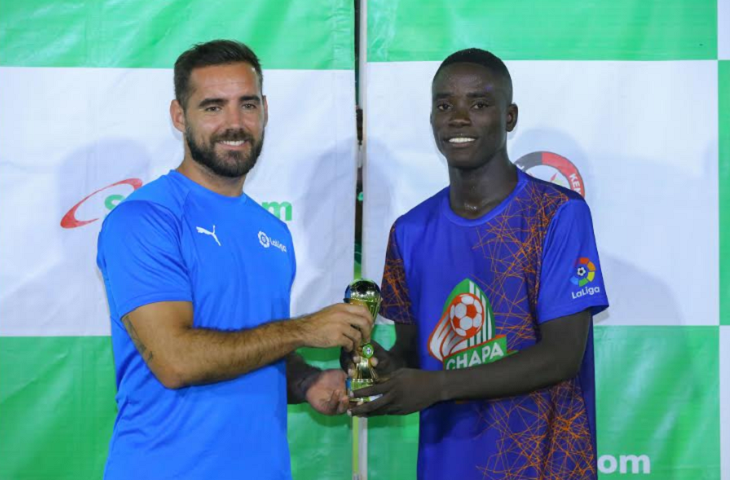 Yanga FC won the title after a second-half blitz that saw them beat Kaya Stars from Kaloleni 4-0. Mohamed Awadh gave Yanga an early lead with a goal in the 3rd minute and Kaya was unable to capitalize on their chances to draw the game level at the break.

In the second half, an early goal from Ali Mohammed in the 47th minute and a Lemmy Julo double in the 53rd and 70th minute sealed the title for Yanga.

“After narrowly escaping defeat in the semifinals, we made a couple of tactical changes to improve our performance. We gave our attackers more freedom and strengthened our defense to ensure that we do not concede any goals. We are happy for this victory and look forward to playing in the national finals,” said Abel Bellamy, Yanga FC Coach.

“Looking back at the semis, my girls were not prepared psychologically resulting in a lot of mistakes. Today we came prepared hence the good performance. We shall go back to the drawing board and prepare adequately to ensure we put up a strong show in the national finals,” said George Ojwaya, Kwale Ladies Coach.

Both Yanga FC and Kwale Ladies won KES 200,000 and will now represent the Coast region in the national finals set for June 2020 at Bomu Stadium, Mombasa. Kaya Stars and Malindi Action did not walk away empty-handed as they both pocketed KES 100,000, while a host of individual prizes were won by the most exciting talent on show.

Kwale Ladies and Yanga FC have joined Berlin FC from Garissa on the road to the National Finals where KES 1 Million is at stake.

The competition now moves to Nanyuki for the Central regional finals set for 18th and 19th January 2020 at the Nanyuki stadium.

An all-Star team comprising of 32 players both boys and girls will be selected from the 8 regional finals to attend a 10-day training camp in Spain during which they will play friendlies against top Spanish La Liga Football Academies.