Incidences of people being violently mugged while within the Nairobi’s Central Business District (CBD) in broad daylight have been on the increase.

Muggers with the Nairobi’s CBD seem to be more daring, walking in groups, attacking and violently robbing their victims in broad daylight without any fear.

Those who have fallen victims of these daring and vicious criminals have been left with a tale of blood, pain, and agony above all, anger and hatred.

“When muggers attack you within the CBD, you are on your own. People will rarely help you out because the muggers are often armed with knives and sometimes guns,” said one of the victims who did not wish to be mentioned.

The Directorate of Criminal Investigation (DCI) has cautioned the general public to be on the lookout of three dangerous muggers within the CBD who are robbing from unsuspecting victims.

One of the suspects is Godfrey Sangare Ambani who has mastered the art of robbing those coming out of banks and ATMs. Here is his picture: 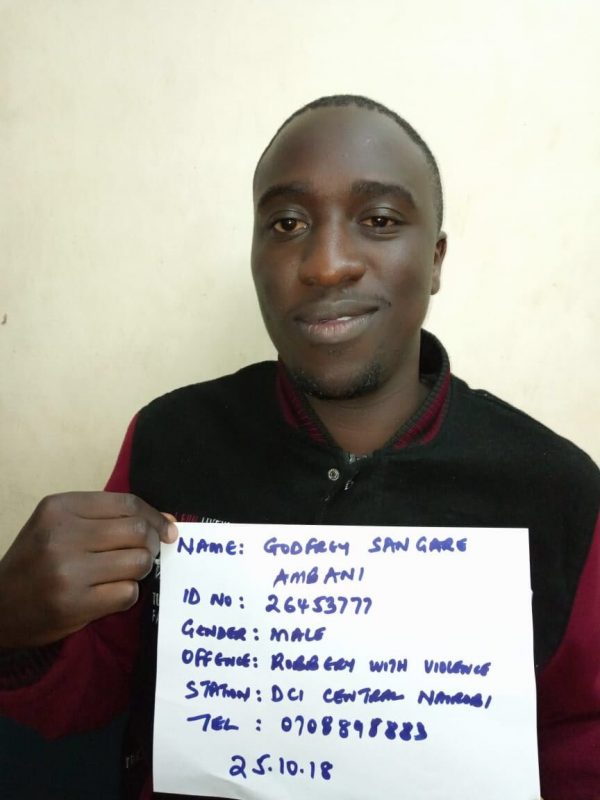 Ambani was arrested by DCI on October 19, 2019, after he was caught on CCTV camera robbing a man shortly after he had stepped out of a bank. The man was released on cash bail.

The second criminal is Duncan Ndegwa. Here is his picture: 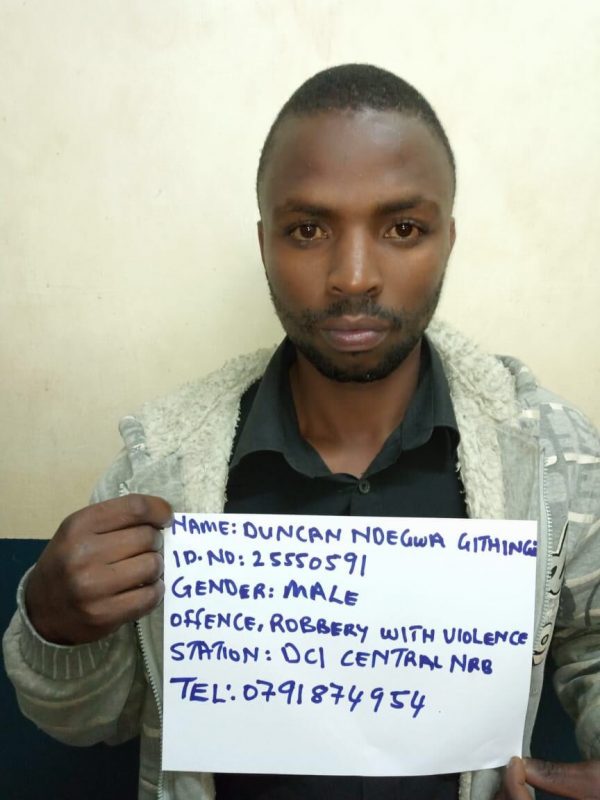 The third criminal is John Kamau and here is his picture. 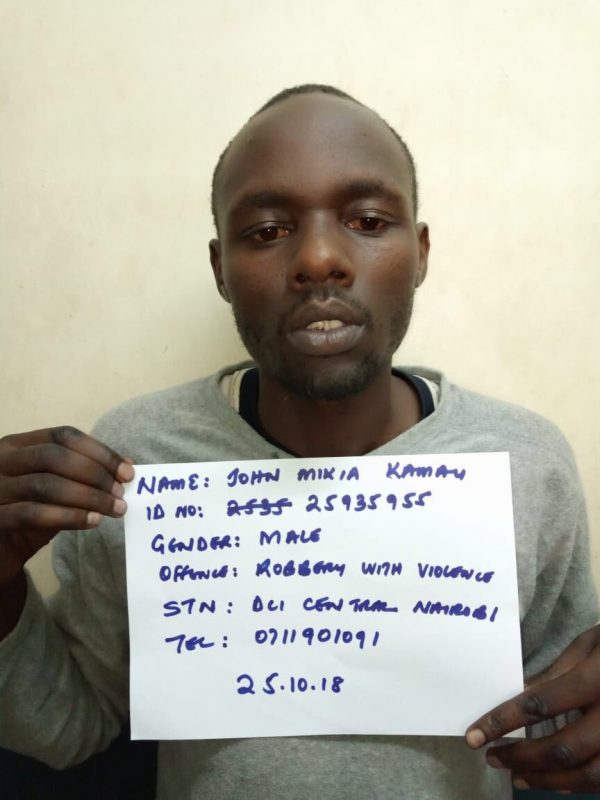 “No single mugging incident was reported in town only for the muggings to resume after he was released and spotted in the streets. We call the members of the public to immediately alert the police should they spot him,” said DCI.

Kenyans online are in support of DCI’s efforts to get rid of muggers from Nairobi CBD but blaming the Judiciary for always releasing the criminals on cash bails only for them to unleash terror on residents.