The swarms of hundreds of millions of locusts that have invaded Kenya will be 500 times more in June 2020 according to experts from Oxfam.

The current locust invasion in Kenya and the East African region in general has been described as “of biblical proportion” and the worst in 75 years.

In the Kenya, the current invasion of locusts is the worst in 30 years and if the government will not put the spread to an end, the “Kenya is headed for the worst kind of hunger ever witnessed.”

The locusts have been sweeping across the country, with more than 12 counties now affected with concerns that the vicious insects will now spread across the whole country. 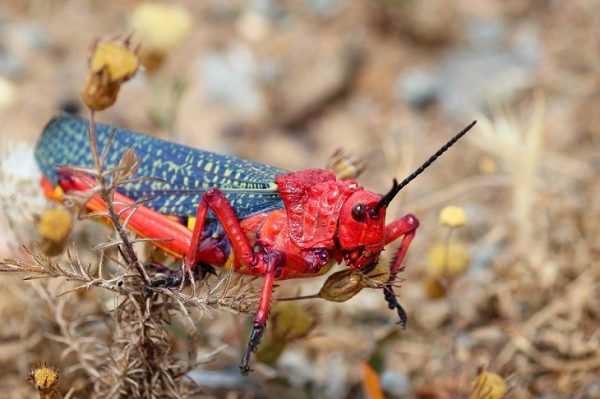 Satellite images, in January, captured at least 20 swarms of locusts entering Kenya from Somalia in what has been described as “an invasion of plaques.”

Each swam contains at least 70 million locusts. This implies that from Somalia alone, more than 1 billion locusts have entered the country. This is not to mention those that have been entering the country from Ethiopia.

The country’s food security is now at stake given that the hungry locusts have been ravaging anything green on their way from Marsabit to other counties across the country.

In Meru, miraa farmers have been left counting losses after millions of locusts invaded the region, sweeping off miraa leaves. The price of the green gold has since skyrocketed.

More than 10 counties have been affected by the locusts. There are fears of Kenya being hit by an acute food shortage during the year if the locusts will be left to hit most counties in Rift Valley, Trans-Nzoia and Bungoma who major food producers in the country.

The counties that have been hard hit so far are:

People in the majority of the affected counties have been left devastated as efforts by the government to fight them seem to be bearing NO fruits.

Pressure is being mounted on President Uhuru Kenyatta to announce the invasion of locusts as a national disaster and one that would require assistance from the international community.

Already Somalia and Pakistan have declared the invasion of locusts in their countries as national disasters and emergencies, asking international communities to help.

The United Nations estimates that it might take at least 5 months of intensive spraying to completely do away with the locusts though saying that is unlikely to be achieved due to limited resources by the affected countries.

For maize farmers in Kenya, the planting season starts in March (less than one month away) and now concerns are being raised of what the farmers will do if the locusts will continue spreading.

The government of Kenya has not given the invasion the seriousness it deserves. At one point, the Cabinet Secretary for Agriculture then, Mwangi Kiunjuri, told Kenyans to take pictures of the locusts and post them on social media.

When Peter Munya took over as the Cabinet Secretary for Agriculture, he came with thunder and fire, making jokes of the CS before him and promised to deal with the stubborn insects within three weeks. He has since gone silent.

Why It Is Difficult To Eliminate The Locusts In Kenya

The government, through the Ministry of Agriculture, has been using planes to spray the affected counties in an effort to get rid of the locusts. “But the more they spray, the more the locusts multiply.”

Experts say some of the locusts must have mutated and adapted to the chemicals being used to spray given that the same is being used from their countries of origin like Somalia and Ethiopia.

The fact that the locusts move in large numbers (millions) make it difficult to fight them. They are able to cover a large area within a short time. They are also driven by wind and not easy to contain them in one particular county.

The locusts are “desert locusts” meaning to ensure that there is always a continuation of their “lineage”, they lay eggs in thousands and millions, covering thousands of meter on the grounds, that hatch within a short time hence difficult in eliminating them in just one spray.

The large amount of rainfall that was witnessed toward the end of 2019 played a major role in “attracting” the locusts since they were looking for a moist ground to lay their eggs and multiply.