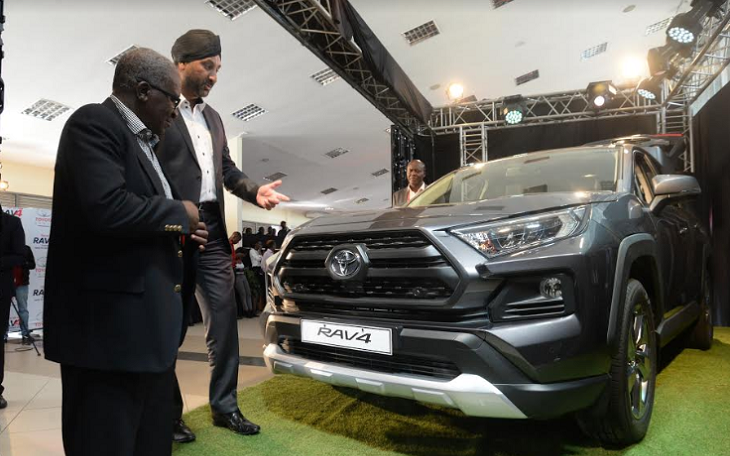 Toyota Tsusho Corporation made Ksh 10.3 billion shillings in profits for the 9 months to December 2019 as a result of increased sales of their vehicles in most African countries.

The profits represented an 89.8 percent increase in profits as compared to a similar period in 2018. The company owns Toyota Kenya, DT Dobie and other subsidiaries in Africa. In 2018, the company posted 5.4 billion shillings in profits.

“Profit for the period (attributable to owners of the parent) increased 5.3 billion yen (Sh4.8 billion) or 89.8 percent year on year to 11.2 billion yen (Sh10.3 billion), largely as a result of automotive sales growth,” said the company in a statement.

“For the purpose of strengthening its automotive sales foundation in Africa, in November 2019, CFAO SAS acquired through a subsidiary, shares in Unitrans Motor Holdings Proprietary Limited, a leading automobile dealer network operator in South Africa,” said the company.

Toyota has a presence in 53 African companies with an employment base of 10,000 benefiting from it directly. Kenya is among the countries the company has roots with one of the largest customer bases too.

In Kenya, buying high-end cars is often associated with businessmen and politicians. The majority of the middle class are darlings of the Toyota model of cars.

The vigorous demonetization process by the Central Bank of Kenya (CBK) seems to have affected the business of buying and selling cars in Kenya. The businesses experienced a drop in the purchase as people rushed to exchange their old currency into a new currency given the short deadline given.

READ: Toyota To Do Away With The Land Cruiser Model By 2022