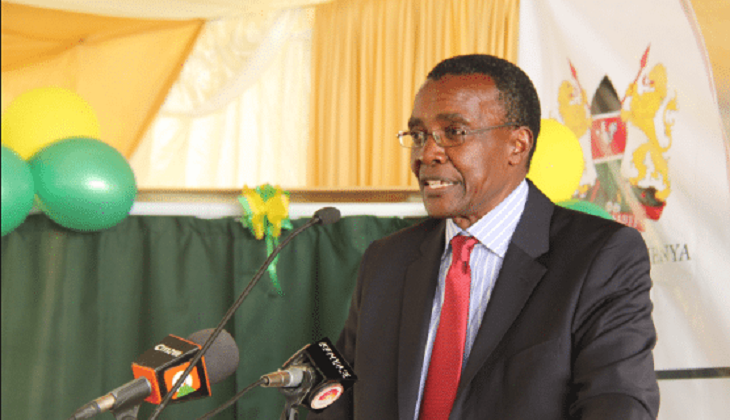 A tough-talking CJ David Maraga has accused President Uhuru Kenyatta of frustrating the judiciary installing the appointment of proposed judges.

CJ Maraga has revealed that President Uhuru Kenyatta has refused to meet him to discuss the stalled appointment of the 41 judges who were proposed by the Judicial Service Commission.

President Uhuru Kenyatta’s actions have been said to contribute to the backlog of cases currently being experienced in the Judiciary according to CJ Maraga.

CJ Maraga has cited that President Uhuru Kenyatta is creating a recipe for anarchy and is taking advantage of the pandemic to push the poor to the edge giving the Kariobangi demolitions as an example.

“You know I have respect for you as our President, you also know that I have unsuccessfully sought an appointment with you to sort out these issues but it has been futile leaving me with no option but to make this public,” CJ Maraga has said.

Addressing the media on Monday, 8th June 2020 at the Supreme Court, CJ Maraga asked President Uhuru to direct the Attorney General to begin the process of satisfying the decrees issued by the courts.

“It greatly undermines the rule of law when a government acts in devious of court orders and it risks the contingence of lawlessness…the government cannot demand its citizens respect a rule of law it is undermining,” CJ Maraga.

“The President’s disregard of court orders doesn’t board well for our constitutional democracy and is potentially a recipe for anarchy,” CJ Maraga said.

“I must remind you that you swore to defend the constitution and the laws of Kenya. The laws include court orders. Demonstrate that faith and respect the rule of law and comply with court orders,” CJ Maraga has told President Uhuru.

The Law Society of Kenya(LSK) had threatened to take legal action against the President and Attorney General Kihara Kariuki for not swearing-in the 41 judges.

In a letter to the Attorney General, LSK said the decision by the state not to swear in the judges and also not gazette the lawyers at essential providers as directed by the court is unlawful.

LSK president Nelson Havi has given AG Kihara Kariuki a seven-day ultimatum to comply with the said orders but the AG is yet to respond.

“In order to remedy the disobedience of court orders by the state on swearing of judges and listing lawyers as essential service providers, LSK says it has decided that the decrees are complied with unreservedly within seven days or they take legal action,” the letter reads.