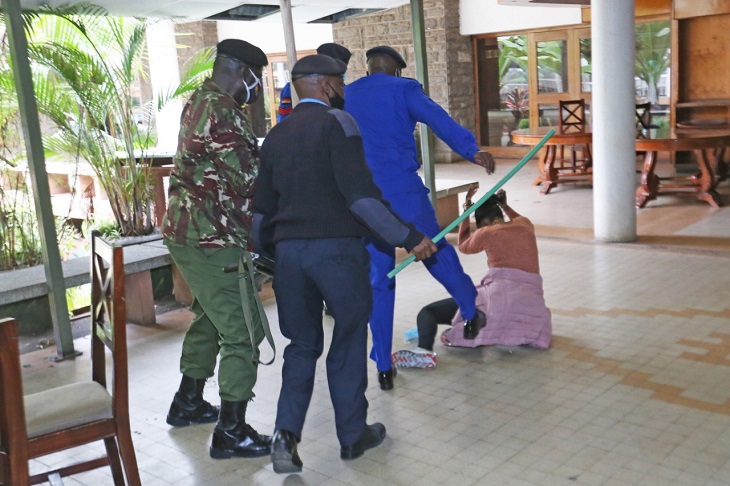 On Tuesday, chaos rocked the Nairobi County Assembly during the impeachment attempt of the county Speaker Beatrice Elachi. As section of MCAs wants Speaker Elachi out of her position for being aloof of her role as the speaker of the county assembly.

The police were called in and without wasting time, got down to business, doing what they do best; throwing teargas canisters, shooting in the air, and clobbering whoever they came across.

During the incident, four male police officers were caught on camera clobbering a Member of County Assembly for Mlango Kubwa Mutheu Musyimi. The four men in uniform descended on her with kicks, rungus, and slaps as she screamed for mercy.

Kenyans took to social media calling for the prosecution of the officers who used excessive force during the operation. This is not the first time Nairobi County Assembly is thrown into chaos over the impeachment of their speaker.

Four men, clobbering a woman with rungus, kicks, slaps & blows in full glare of cameras and the @IG_NPS hasn’t spoken. This was during the attempt to impeach Beatrice Elachi. Anyway, he never speaks when Kenyans are shot by police. This is just a “minor” incident. pic.twitter.com/JaCzsIOAow

It seems the calls from the Kenyans have reached the ears of the Director of Public Prosecution Noordin Haji who has issued a statement, officially starting an investigation into the matter. 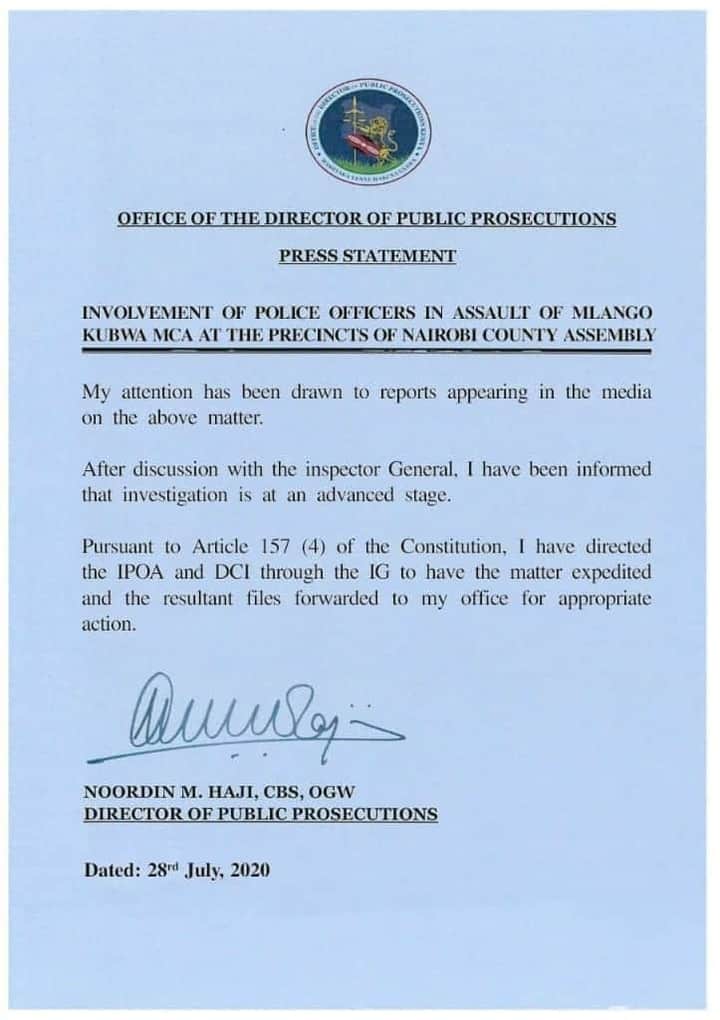 “After the consultation with the Inspector General, I have been informed that investigation is at an advanced stage,” said the DPP.

Nairobi County is in a confusion mode. The Governor, Mike Mbuvi Sonko handed over some crucial function to the Nairobi Metropolitan Service (NMS) and now his title is just ceremonial.

He is in the process of withdrawing from the deal saying he signed the transfer of functions while drunk. He also says he was not given time to read them before signing.