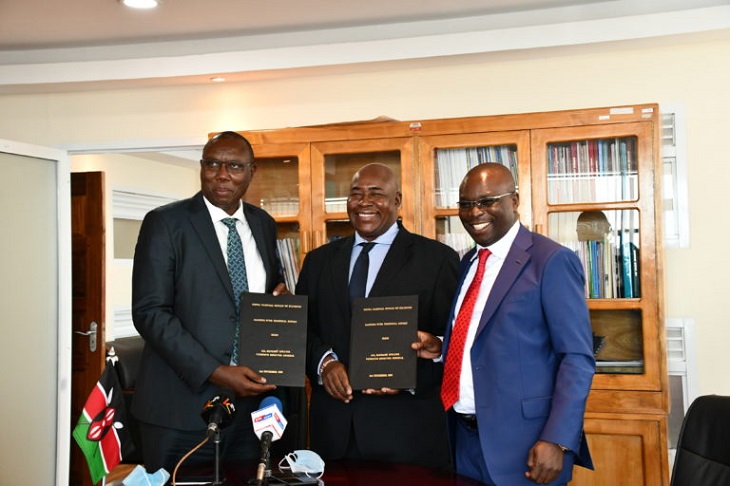 He has risen through the ranks from Statistician III to the current position of Director-General. Mr. Obudho has vast experience in conducting population and housing censuses including the first-ever Kenyan digital census that was conducted in 2019.

He has competency in designing and carrying out statistical sample surveys and compilation of official statistics. He has successfully spearheaded many surveys in the areas of demography and social statistics.

“From his statistical background, he is experienced in designing and creating different types of statistical household sampling frames,” said KNBS in a statement.

He also served in the KNBS field offices and later coordinated them for many years. His experience in top management spans over 13 years and this gives him a rich administrative and technical experience.

He has a number of certificates under his name that arise from short and long courses, workshops, conferences, and seminars attended both locally and abroad.

He serves on a number of Boards including Hazina SACCO Ltd. As a result of exemplary work in the design and execution of the 2019 Kenya Population and Housing Census, Mr. Obudho was honored with a State Award; The Moran of the Order of the Burning Spear (MBS).