Kenya has banned importation of maize from Uganda and Tanzania.

Kenya has banned the importation the g maize from both Uganda and Tanzania saying the maize has high levels of mycotoxins.

In a move that is likely to revive both diplomatic and economic conflict between the three nations, Kenya says it is still “finding other ways” to remedy the situation. 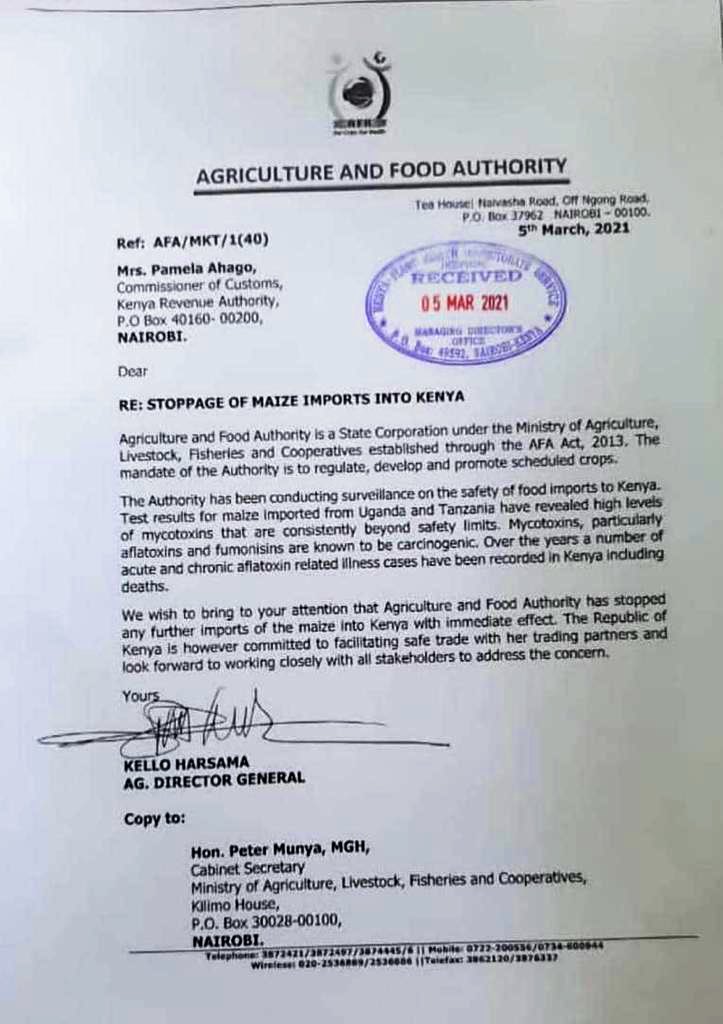 “We wish to bring to your attention that Agriculture and Food Authority has stopped any further imports of the maize into Kenya with immediate effect,” said a letter from the Ministry of Agriculture.

Kenyans, however, feel the move is aimed at favouring some “powerful individuals who might imported their own maize and want to sell within the country.