NPS To Ban Police From Having Intimate Relationships Amongst Themselves

The National Police Service (NPS) is set to ban officers from getting married amongst themselves to curb rise in sexual harassment and indiscipline. 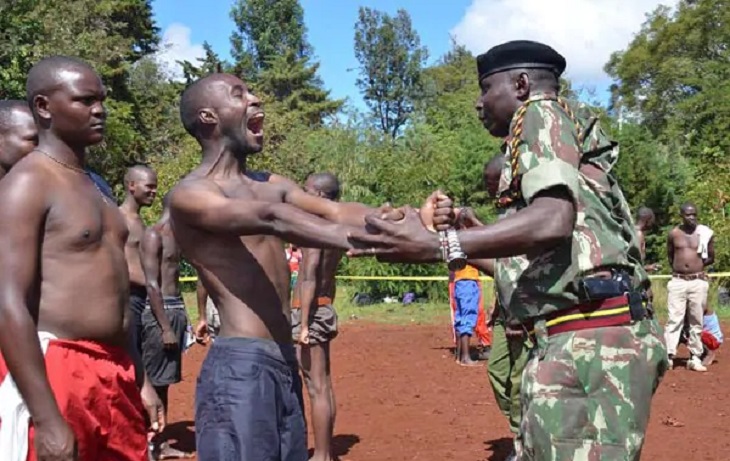 The National Police Service (NPS) is set to ban officers from getting married amongst themselves to curb rise in sexual harassment and indiscipline.

Speaking during the opening ceremony of the direct entry cadet inspectors’ course at the National Police College Kiganjo Campus, Nyeri, Interior CS Fred Matiang’i explained that the directive would be developed to curb sexual harassment and indiscipline cases that were on the rise in the police force.

“Senior officers will be prohibited from having affairs with junior officers. One will have to leave the service,” he stated on Friday, April 30.

In July last year, the Independent Policing Oversight Authority (IPOA) said they were investigating complaints by some female police officers that they are sexually harassed by their seniors.

His sentiments come after a recent incident that saw an officer attached to the VIP protection at the Ministry of Interior and Coordination of National Government shot dead his wife, a police constable, before turning the gun on himself.

According to IPOA, the officers had sent confidential details of their alleged ordeals, claiming that some of their bosses demand sexual favors

They said if they refuse, they face intimidation and threats of disciplinary action, transfer to remote areas, demotion, and even sacking,” the authority said

CS Fred Matiang’i eulogized the young couple stating that he was deeply pained by the tragic incident involving the couple.

“It’s a rude awakening to psychological challenges amongst some of the young officers that we have no choice but to now paying greater attention to. My sincere condolences to their families and friends,” he stated.

A 2013 study conducted by IPOA revealed that sexual harassment was rampant in the police force. At the time, the authority said it had received 759 complaints against individual police officers

In January 2020, the National Police Service Commission (NPSC) released a report revealing that the spike in murder and suicide cases among police officers could be linked to the limited supervision of junior officers residing outside police camps.

Did You Know That Aliko Dangote Is The Richest Man In Africa?