The ongoing Israel-Palestinian conflict has resulted in the loss of lives, amongst them women and children. The endless bombing has worsened the humanitarian crisis and is leaving Hamas in retaliation

The ongoing Israel-Palestinian conflict has resulted in the loss of lives, amongst them women and children. The endless bombing has worsened the humanitarian crisis and is leaving Hamas in retaliation.

The blame game is on as both sides attack with missiles and airstrikes; this is in the foreshadow of the Idd-ul-Fitr ceremony on 14th May 2021. The use of already banned phosphorous bombs amounts to crimes against humanity, where will this conflict draw the line?

Palestine and Israel have had a long-standing conflict that has been brokered by the US severally. This has been a sad tale worsened by some key events in the US policy that has always positioned itself as an ally to Israel.

Trump’s statement posted on May 11, informed us that Israel is an ally to the US and took time to hint at Biden’s failure. “Under Biden, the world is getting more violent and more unstable because Biden’s weakness and lack of support for Israel are leading to new attacks on our allies.” 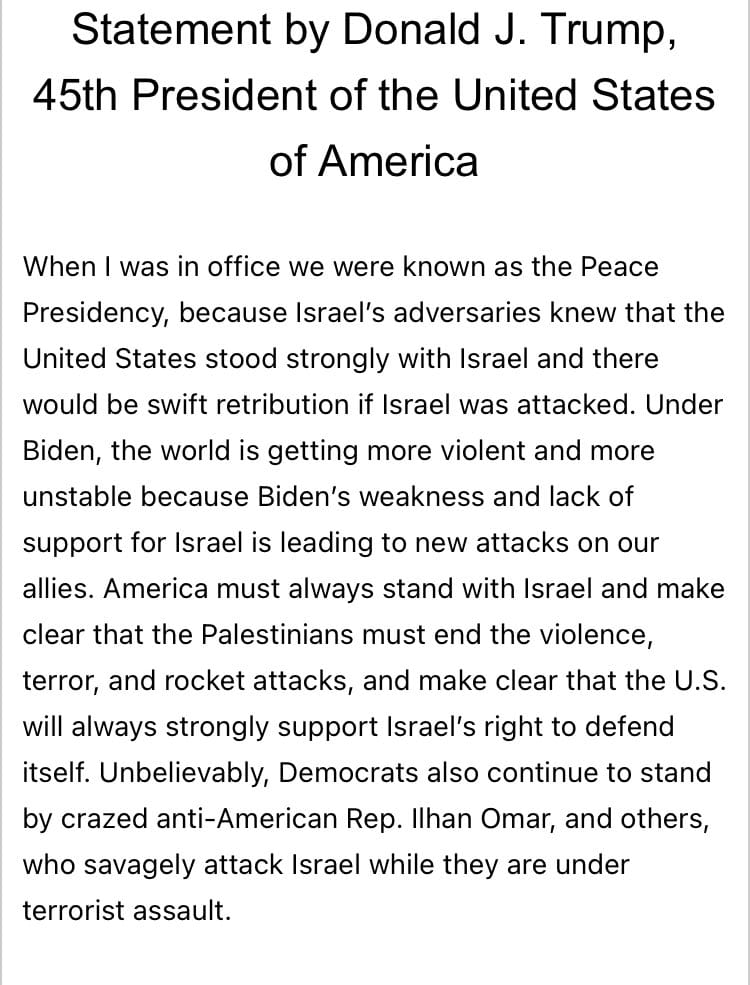 Donald Trump says the US must stand with Israel. But could it have been a tipping-off point that Trump knew matters would worsen further and thus the quick attack seemingly aimed at provoking President Biden to respond?

For a long period of over 2o years, all American presidents exercised restraint and were more diplomatic about moving the US Embassy from Tel Aviv due to the provocative nature and permanence of their missions abroad.

To understand why Israel is like the western pet, one needs to look into what policies Trump held in the Middle East. Israel bombed residential buildings in Gaza, killed civilians, and are now crying foul when Hamas retaliated. Israel on the other hand stated that they were targeting military areas.

The international media has turned a blind eye.

They started the war and now they’re blaming the Palestinians, this has been accused to be ethnic cleansing given the missiles and airstrikes fired. The world watches as we wait for a cease-fire to be brokered since the humanitarian corridor has not been considered a safe buffer zone anymore. The Israeli army agreed that they have their ‘foot in the gas’, to mean that tensions are still escalating.

The United Nations has remained mute on the issue. Amnesty International has called on the UN Security Council to address the issue.

We call on @UN Security Council, who are meeting shortly for the 2nd day in a row, to:

Children and other civilians are being killed. Act NOW.