Hardship allowance is therefore paid in an effort to compensate for the cost of living for teachers working in areas designated as hardship.

The Teachers working in hardship areas face a myriad of challenges; from lack of water, flooding to hostile living conditions characterized by constant spates of attacks.

TSC hardship allowance varies from one group or grade to another with newly recruited teachers receiving the lowest perk. 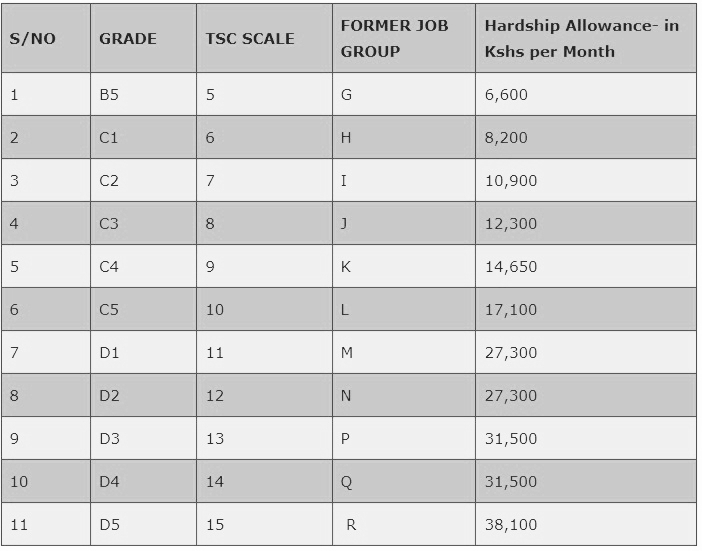 Recently, the Government revised the hardship areas, scrapping some on the ground that they can no longer become considered to be hardship areas now that they have undergone major development in terms of availability of social amenities and all-weather roads. 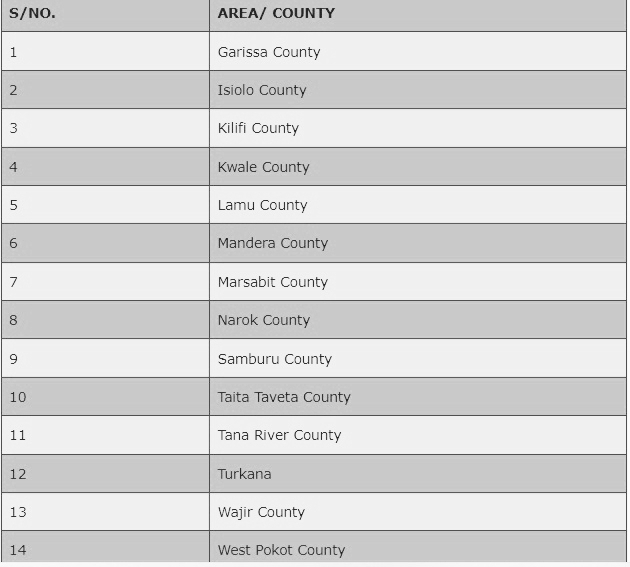 TSC designated various areas as hardship. The areas considered as a hardship include those that are prone to terrorism, famine, and aridity. As of 2012, TSC had about 38 areas approved as hardship.

Currently, teachers teaching in schools located in some parts of the counties receive monthly hardship allowances. The Salaries and Remuneration Commission is in the process of reviewing the allowances paid to teachers in those counties.