Either the good old Professor is suffering from acute dementia, or he is too ignorant of the reality or he is just too arrogant to see or hear anything. To his, “His Excellency The President Of The Republic of Kenya” is wiser than King Solomon.

During the week, one Professor George Magoha Son of Magoha called for a media briefing and loudly told those parents who were complaining about the Competency-Based Curriculum (CBC) they were busybodies.

The good old Professor, who, the only way to understand him is to expect less from him, vehemently condemned those parents saying they were out to ruin the legacy of “His Excellency The President Of The Republic of Kenya.”

According To him, those complaining of CBC are lazy, busybodies who even don’t have kids. He says kids are not complaining. Who the hell do parents think they are to complaining about the otherwise good program for kids?

During the same week, George Magoha said that all public primary schools should not force parents to buy printing papers. He said that they should use projectors instead. It seems this man has no idea that many primary schools in Kenya have no electricity and that millions of kids are learning under trees for lack of classrooms. Some are even sitting on stones for lack of desks.

Either the good old Professor is suffering from acute dementia, or he is too ignorant of the reality or he is just too arrogant to see or hear anything. To his, “His Excellency The President Of The Republic of Kenya” is wiser than King Solomon.

It seems the Ministry of Education thinks that the only stakeholders in the education sector are the officials at the Ministry (who use our taxes) and the kids who have no idea what is going. Parents have no say. In fact, according to Magoha, it seems parents are here to be seen, not to be heard.

Already the President of the Law Society Of Kenya, Nelson Havi has headed to court to file a petition to have the CBC suspended/stopped until all the concerns raised by parents and other stakeholders are addressed.

From the overwhelming sentiments supporting Nelson Havi, it is obvious that parents have a lot of issues that they want to be addressed before this CBC can be allowed to continue. Explanation from officials simply shows that our kids are being used as lab rats to test whether this system will.

Given that messing with the education sector, especially the foundation that determines the child’s future is messing with the whole generation and the future, it is important that all issues are interrogated soberly.

Parents have been complaining of crazy assignments given to their kids by teachers for parents to help them out. It is as though the program is testing parents more than the kids. Some of these assignments will make you laugh and cry at the same time.

Steve Biko Wafula says that his daughter was asked to go home and practice fasting and praying. The fasting and praying should be in the company of a parent. As other countries are teaching kids how to code and technology, we are busy teaching them how to be staunch followers of Prophet Owuor.

If this is truly what’s happening in regards regards to CBC then I agree, we must revolt and demand better. What is this? pic.twitter.com/et2cXptZB7

Another parent posted an assignment where the kid had been asked to look for other kids then organize for a crusade where the kid is the preacher. The assignment had to be done in the company of a parent. Are we teaching our kids to be religiously notorious?

First my daughter was told her class was fasting as part of CRE. Am still wrapping my bead around that & wondering how to react then someone has sent me this as per of CBC. Is this GOK a joke or what? pic.twitter.com/5qDFDLQOMK

The most common assignment is that of making scarecrows. You should see how parents have been sweating trying to make the scariest of scarecrows. You visit a parent, find a scarecrow in a corner, you think the parent is a Devil worship when it is the kid’s school assignment.

Others are asked to put on sacks (the same way staunch worshippers of Dr. Owuor do) and go sweep the roads. It is good we are teaching our kids how to take care of the environment and leave in a clean environment but the sight of them wearing sacks is just from another world.

Another school asked kids to go with 20 eggshells for an art lesson. This means a parent had to break 20 eggs or so to make this happen. With this economy, and with a crate of eggs at 360 shillings, is asking too much from the poor parents.

The worst mistake that the Ministry of Education, under the “able” leadership of Professor George Magoha Son of Magoha did, was to exclude teachers from the implementation of the CBC. Who does that? Who excludes teachers from such an important “milestone.”?

Now, can you imagine 80 percent of teachers in Kenya have no idea what CBC is all about? How are they supposed to teach and deliver on something they have no idea how it works? Do you also know that it is less than a year remaining before facing out the 8-4-4 education system?

It has emerged that 8 out of 10 teachers are yet to get the needed skills to teach CBC. The Economic Survey of 2021 said 178,024 teachers or 81.6 percent held a P1 certificate by the end of last year yet they need a Diploma to effectively teach the CBC.

Although the Ministry has been offering some short pieces of training on the CBC, almost all teachers remain clueless. The Survey also shows that teachers are not ready to embrace CBC because they were not fully involved in the initial stages. It is something that is being imposed on them. 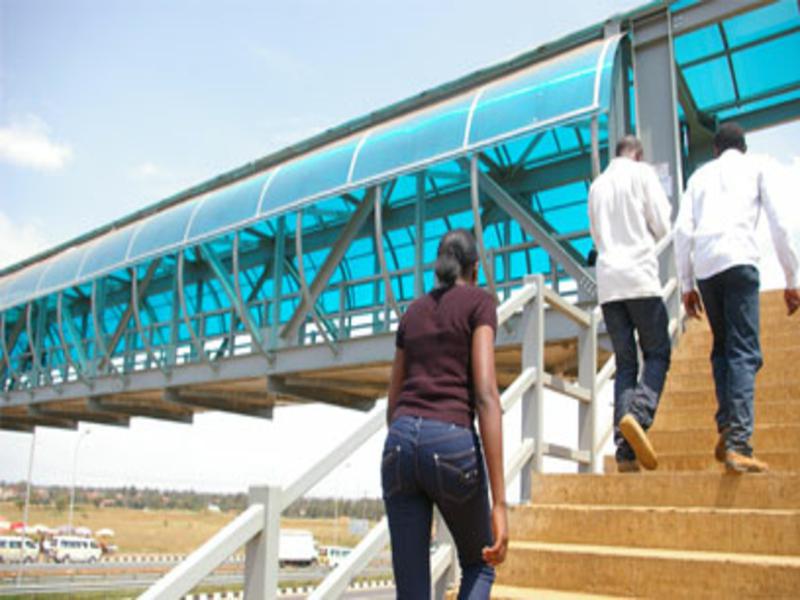