The yield on the 91-day T-bill increased by 6.8 bps to 7.0 percent. The average yield of the Top 5 Money Market Funds increased by 0.2 percentage points to 9.8 percent, from 9.6 percent, recorded the previous week.

In the money markets, 3-month bank placements ended the week at 7.7 percent (based on what we have been offered by various banks). This is according to the report compiled by Cytonn Investments.

The yield on the 91-day T-bill increased by 6.8 bps to 7.0 percent. The average yield of the Top 5 Money Market Funds increased by 0.2 percentage points to 9.8 percent, from 9.6 percent, recorded the previous week.

The yield on the Cytonn Money Market Fund increased marginally by 0.02 percent points to 10.54 percent, from 10.52 percent recorded the previous week. 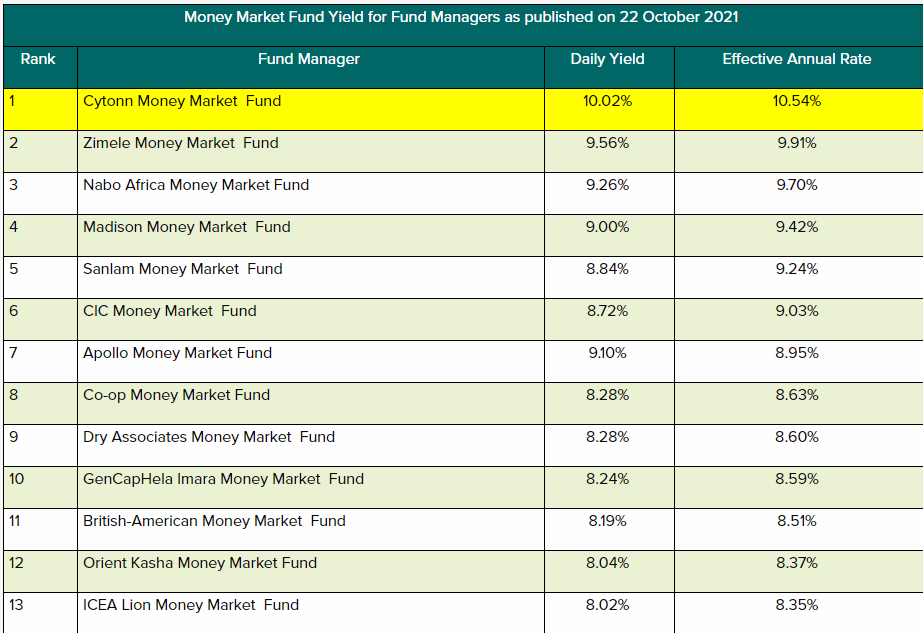 At the same time, rates in the fixed income market have remained relatively stable due to the tightened but sufficient levels of liquidity in the money markets.

“We expect a gradual economic recovery going into FY’2021/2022 as evidenced by KRAs collection of Kshs 476.6 bn in revenues during the first quarter of the current deficit year, which is equivalent to 103.2% of the prorated revenue collection target,” said Cytonn.

However, despite the projected high budget deficit of 7.5% and the lower credit rating from S&P Global to ‘B’ from ‘B+’, we believe that the monetary support from the IMF and World Bank will mean that the interest rate environment may stabilize since the government will not be desperate for cash.