Treetops has been open in Kenya for 90 years and its closure paints a picture of just how the pandemic has affected businesses in Kenya.

Kenya’s oldest safari lodge, Treetops Hotel, where a young Princess Elizabeth became Queen after the death of her father, has been forced to shut down forever due to the effects of Covid-19 that have hit hard on the hotel industry in Kenya.

Treetops has been open in Kenya for 90 years and its closure paints a picture of just how the pandemic has affected businesses in Kenya. The hotel has not received a single visitor in a year leading to massive losses with employees being unable to be paid. 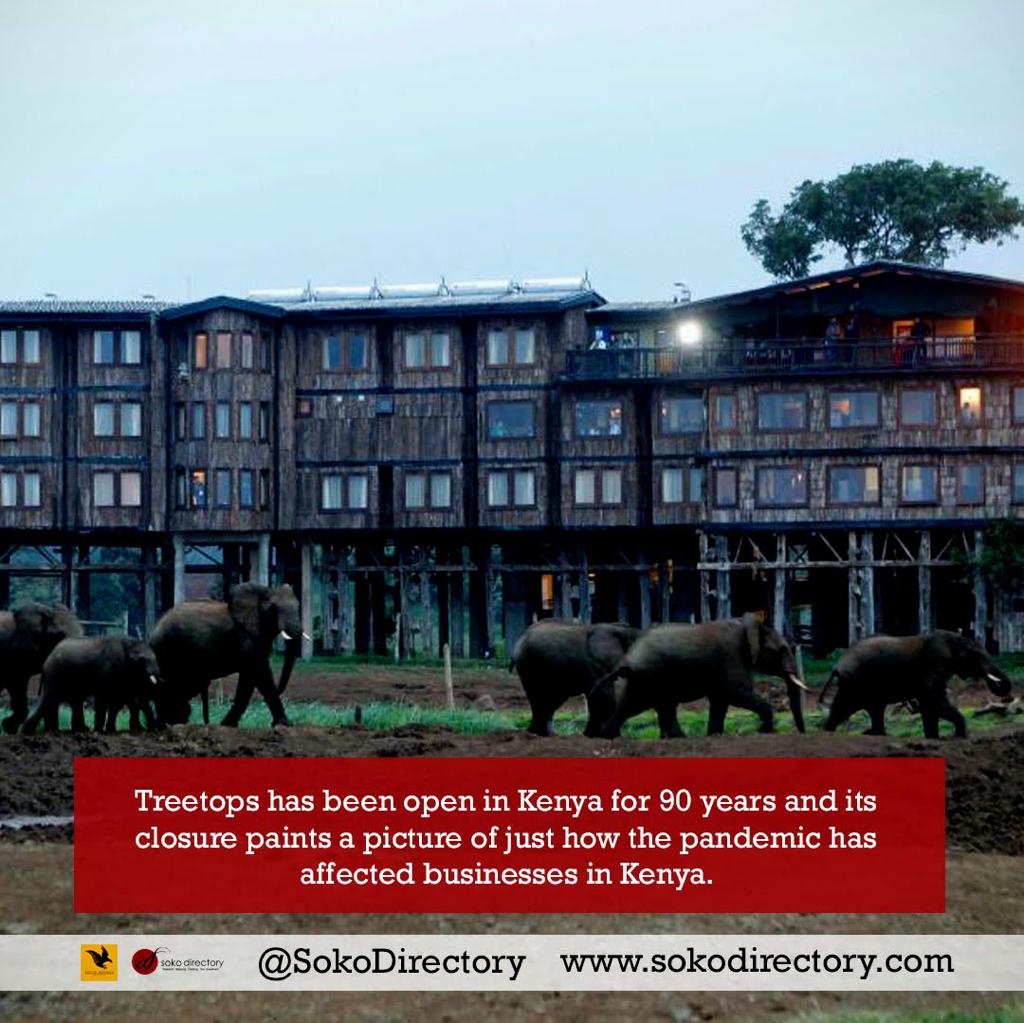 Treetops Hotel, once a fixture of Aberdare National Park in central Kenya, was known for its prime location above a watering hole where wildlife frequented. It attracted both the royals and the who-is-who around the world who enjoyed the ambiance and beauty.

Treetops has been forced to close alongside two other historic hotels in the park due to the lingering effects of the pandemic on the country’s tourism sector. The Ministry of Tourism has not issued a statement on the closure of the iconic hotel.

Kenya Wildlife Service reported a 90 percent drop in tourist revenue since travel restrictions were imposed leaving the parks and reserves especially hard-hit. The relief that the government released to help the sector was barely enough.

Read More: You Need More Than 14 Licenses To Operate A Hotel In Kenya

President Uhuru Kenyatta is expected to lift the useless curfew that has been in place for more than a year but only applied to contain the poor with the rich politicians left to break every inch of it.