What Should You Expect In The ESPN And ESPN 2 From 26Th?

"We know we won’t win all the matches but I don’t want to see any steps back like last month, because the winning mentality and consistency is everything we’re trying to achieve." 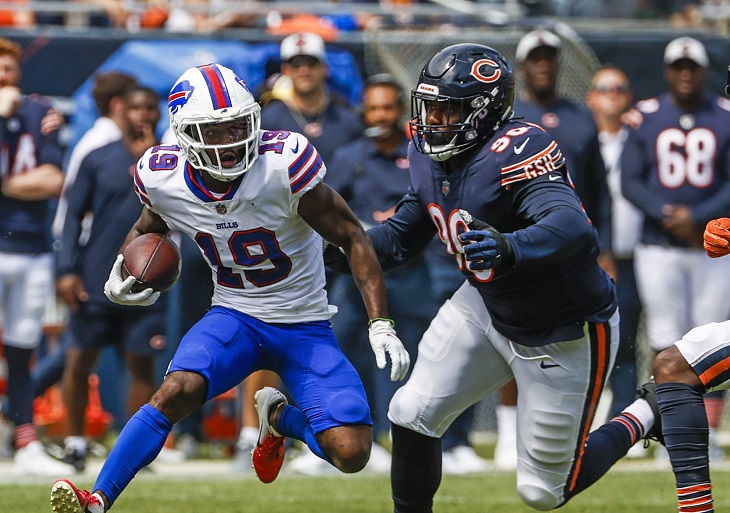 The first live-action on ESPN arrives on the evening of Friday 26 November and sees West Bromwich Albion host Nottingham Forest in an EFL Championship clash (21:55 LIVE on ESPN), with another game from England’s second-tier following on the afternoon of Saturday 27 November, as Fulham visit Preston North End (14:25 LIVE on ESPN).

Fulhams are one of the leading contenders to finish in the automatic promotion spots and manager Marco Silva recently hailed his side’s determination: “We know we won’t win all the matches but I don’t want to see any steps back like last month, because the winning mentality and consistency is everything we’re trying to achieve.”

Sunday 28 November features a trio of matches from the Dutch Eredivisie, with Sparta Rotterdam hosting Ajax (13:05 LIVE on ESPN), Feyenoord visiting FC Twente (15:20 LIVE on ESPN) and SC Heerenveen welcoming PSV (17:35 LIVE on ESPN), while the football action continues even into the early working week, with a Turkish Super Lig clash between Goztepe and Fenerbahce on the evening of Monday 29 November (19:55 LIVE on ESPN).

Fenerbahce star Mesut Ozil has been handed a stern warning by club president Ali Koc over his demands to play more: “Now he[Ozil] has to focus on his job. He should put aside commercial affairs and concentrate on what he will do for Fenerbahce. We all know what Mesut can do. Our manager has no prejudices against Mesut. He, too, needs to put his business aside and focus on his work.”

ESPN will also be your home for the latest news and views from the world of basketball and American football, as ‘NBA Today’ and ‘NFL Live’ are broadcast LIVE on ESPN each evening at 22:00 and 23:00 respectively from Tuesday 30 November to Thursday 2 December.

ESPN 2 opens the week with bone-crunching action from the NFL Regular Season on the morning of Friday 26 November, as the New Orleans Saints host the Buffalo Bills (03:20 LIVE on ESPN 2). The Bills are looking to improve their offense, with their running backs not managing to gain ground as consistently as they would like.

“That’s a huge issue right now for us. Gotta be able to run the football when it’s handed off,” coach Sean McDermott said. “That’s not good enough.”

The Seahawks feel that an improved defense in recent times will lay the groundwork for success: “I feel, like I’ve been saying to you guys, we’ve taken a turn,” coach Pete Carroll said. “I like what we are doing, I like where we are, I like the mentality and all of that, so we’ve got to see if we can put some stuff together. We’ve got to get the ball away from the other team. We missed three little tipped balls that we could have had for picks, and that will be a big difference for us if we can turn that around.”