Kenya Earns More from Coffee Despite Declines in Production 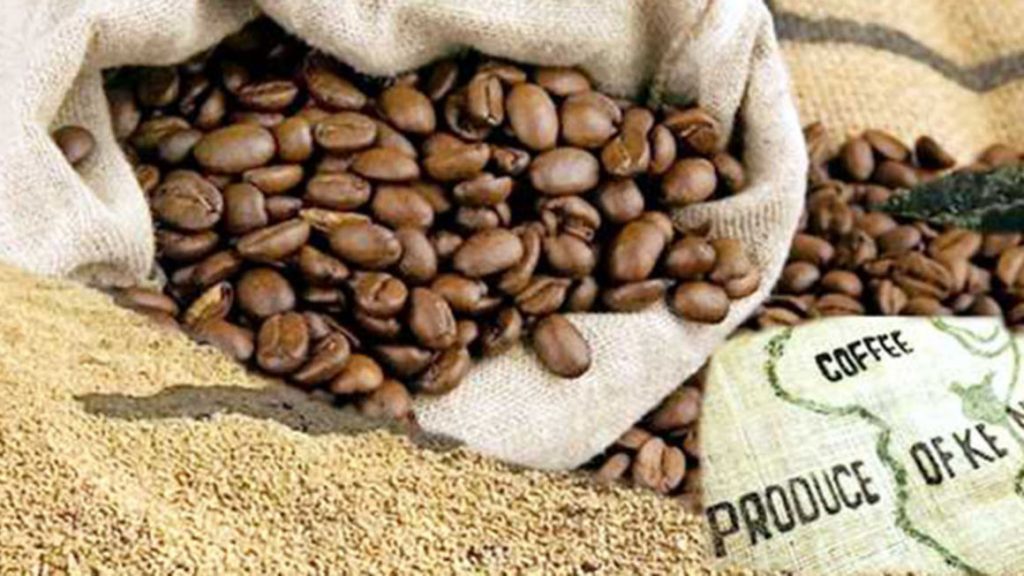 Kenya’s coffee production has been dropping as farmers in coffee-growing regions opt for other crops that they deem seemingly sustainable.

Despite a drop in the quantity of exports, Kenya’s coffee in the global markets fetched good prices earning the country more than 2020’s value.

This value surpassed the entire earnings of 2021 which stood at 196 million dollars.

During the trading period under review, the prices of Kenyan coffee ranged from approximately 454 shillings (4 dollars) to 715 shillings (6.3 dollars), up from 2.5 dollars to 5.9 dollars in 2020, according to KNBS.

Nevertheless, the rise in earnings was no indication that the coffee exported increased. On the contrary, the amount of coffee that Kenya exported in the period under review declined as production consistently dwindled for the second consecutive year.

ALSO READ: A Kilo of Sugar Now Costs Between 130 -150 Shillings in Nairobi

With the country exporting an average of 25,000 metric tons of coffee every month, the export quantities in 2021 would not surpass the 2020 figures.

Kenya earning more in 2021 amid drops in production was largely due to Brazil’s exports dropping as a result of frost that destroyed the crop. According to data from the country, the damage from Brazil’s frost worsened the outlook for the 2022-23 crop potential.

This can only mean that in 2022, Kenya might continue enjoying good prices to fill the gap left by the Latin American country. Brazil is the world’s largest producer of coffee. It outputs up to 60 million kilos of the beverage every year.

The commodity’s production in the country has been dropping as farmers in coffee-growing regions opt for other crops that they deem seemingly sustainable. Some have invested in avocado as others farm macadamia.

Then there are those who sell their lands and have coffee plantations cleared for real estate projects due to various challenges.

Across the African continent, Kenya ranks 5th in the list of largest producers of coffee.  It comes after Ethiopia, which produces 7.38 million 60 kg bags; Uganda with 5.62 million bags; Cote d’Ivoire 1.78 million bags; and Tanzania 913,000 bags.

Kenya averagely produces 800,000 bags of coffee annually, according to the International Coffee Organization.