Local Farmers to Supply KFC Potatoes by End of 2022

KFC boss and the Nyandarua County Government have agreed on ways the American fast food restaurant can work with Kenyan farmers through cooperatives or organized youth groups to purchase local potatoes. 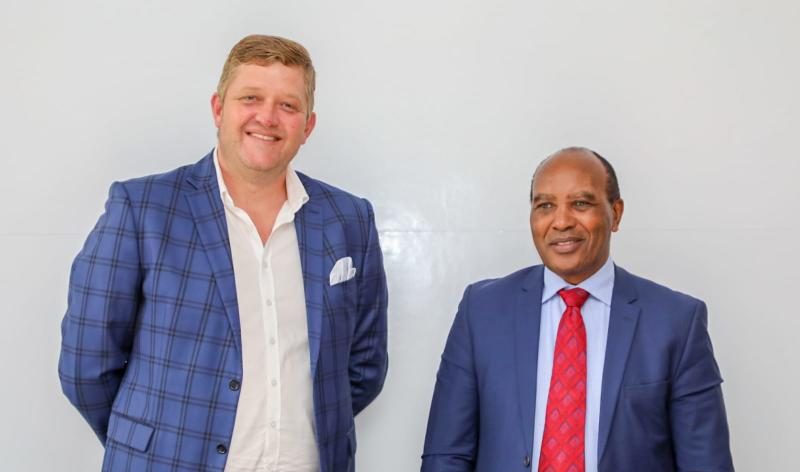 Local potato farmers will begin supplying the American franchise potatoes by the end of 2022.

A few weeks ago, the Kentucky Fried Chicken (KFC) was in the limelight for its failure to offer fries – or chips – as it was unable to import its preferred pre-sliced potatoes.

Kenyans took to social media to lament and pour scorn as to why the fast-food restaurant couldn’t simply source the potatoes from local farmers.

This, was in turn met with a response from the company’s East Africa chief executive Jacques Theunissen saying that Kenya lacked potato suppliers who can provide the semi-cooked frozen chips it uses.

Well, it’d seem the KFC boss had some serious consideration and Kenya’s cries have been heard – somehow.

Recent developments have affirmed that local potato farmers will begin supplying the American franchise potatoes by the end of 2022.

This follows talks held by the KFC boss and the Nyandarua County Government on ways the American fast food restaurant can work with Kenyan farmers through cooperatives or organized youth groups to purchase local potatoes.

Governor Francis Kimemia and KFC agreed on a specific framework that will benefit farmers, not only in the county but across the country.

The franchise, along with the county agreed to the creation of strong linkages with local farmers in seed multiplication and high-quality potato production to ensure the sustainability of the production.

The framework will follow strict compliance with the internationally set standards that will see KFC sustain its quality standards while allowing farmers on their farming and storage practices.

“The County and KFC agreed to establish a joint technical committee to thrash out issues, with the next engagement expected next Wednesday (January 26th, 2022),” said the Governor.

Theunissen expressed optimism that the state will expedite the process to ensure that local farmers are able to supply KFC the potatoes and help them cut down on their shipping costs and time.

He went ahead and noted that KFC sources over 80 percent of its other supplies from local suppliers who easily conform to the global standards.

In a previous consultative meeting held with the Ministry of trade officials, PS Johnson Weru held that the issue with be dealt with efficiently for the benefit of both parties.

“We are committed to creating a conducive business environment by assisting and protecting foreign investors while at the same time looking out for Kenyan interests, in this case, job creation, the market for local produce, and value addition of agricultural products, “said PS Weru.

If actualized, the negotiations with Nyandarua County will help farmers reap big, particularly since lots of their produce has been rotting in their farms due to the lack of markets.