The first round in Bahrain this past weekend saw Ferrari claim a stunning 1-2 to open the new season in style, as Charles Leclerc and Carlos Sainz claimed the first two steps of the podium, with Lewis Hamilton of Mercedes finishing third. 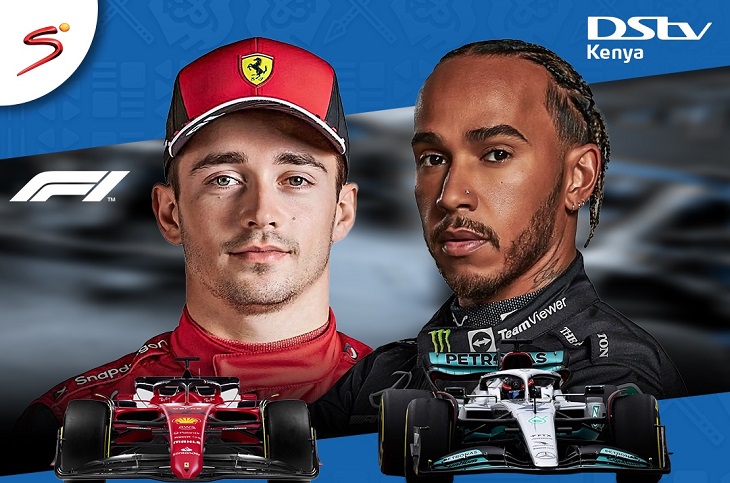 Viewers on DStv can look forward to the second round of the 2022 Formula 1 World Championship, the Saudi Arabian Grand Prix, live from the Jeddah Corniche Circuit on the evening of Sunday 27 March 2022.

The first round in Bahrain this past weekend saw Ferrari claim a stunning 1-2 to open the new season in style, as Charles Leclerc and Carlos Sainz claimed the first two steps of the podium, with Lewis Hamilton of Mercedes finishing third.

“Coming into this season, we knew we would be in a better position than we have been for the past two years, but we didn’t know exactly where we would stand,” said Leclerc. “To be back on top with a car that is capable of winning feels incredible. A huge thank you to our whole team, you’ve done an amazing job and this victory is for all of you.

“The race was tough and I gave it my all. Whenever I had a bit of margin behind me, I felt in control of the race and was managing the gap well. But after the first stop, things became more tricky.”

“We also want to share our joy with all our Tifosi around the world because we always felt their support even when we were not fighting at the top. For me, I’m very happy with the result but I’m not particularly happy with my race. It was probably one of the hardest ones since I joined Ferrari.

“I wasn’t feeling at home with the car and we need to understand why. But today it’s time to celebrate this amazing result altogether. The great effort to bring Ferrari back to the top, where it belongs, has paid off today and everyone deserves to enjoy it. We’ll keep pushing next week in Saudi. Forza Ferrari!”

Hamilton, meanwhile, believes third and fourth for himself and teammate George Russell was the best they could have managed, taking advantage of a double retirement for Red Bull which saw both worlds reigning champion Max Verstappen and Sergio Perez suffer mechanical/power unit issues late in the race.

“I think it was such a difficult race, we struggled through practice,” Hamilton explained. “This is really the best result we could have got, of course, it was unfortunate for the other two drivers (Verstappen and Perez) but we did the best we could and got the points.”

When asked whether there would be upgrades on Mercedes’ cars in the coming weeks, Hamilton was optimistic: “I’m hoping. I know the guys are working really hardback at the factory and it’s not going to be a quick turnaround, but as a team, I do feel we’ve been the best-unified team for so long. If we keep our heads down and keep working… there’s a long way to go.”