President Uhuru Kenyatta, with less than four months left to retire, has appointed new ambassadors and high commissioners to represent Kenya in various countries around the world. The appointments come as the country heads to general elections in August.

Among those appointed is Professor Bitange Ndemo who will now be Ambassador of Kenya to the Kingdome of Belgium. Bitange has been a Professor of Entrepreneurship at the University of Nairobi after leaving the government some years back. 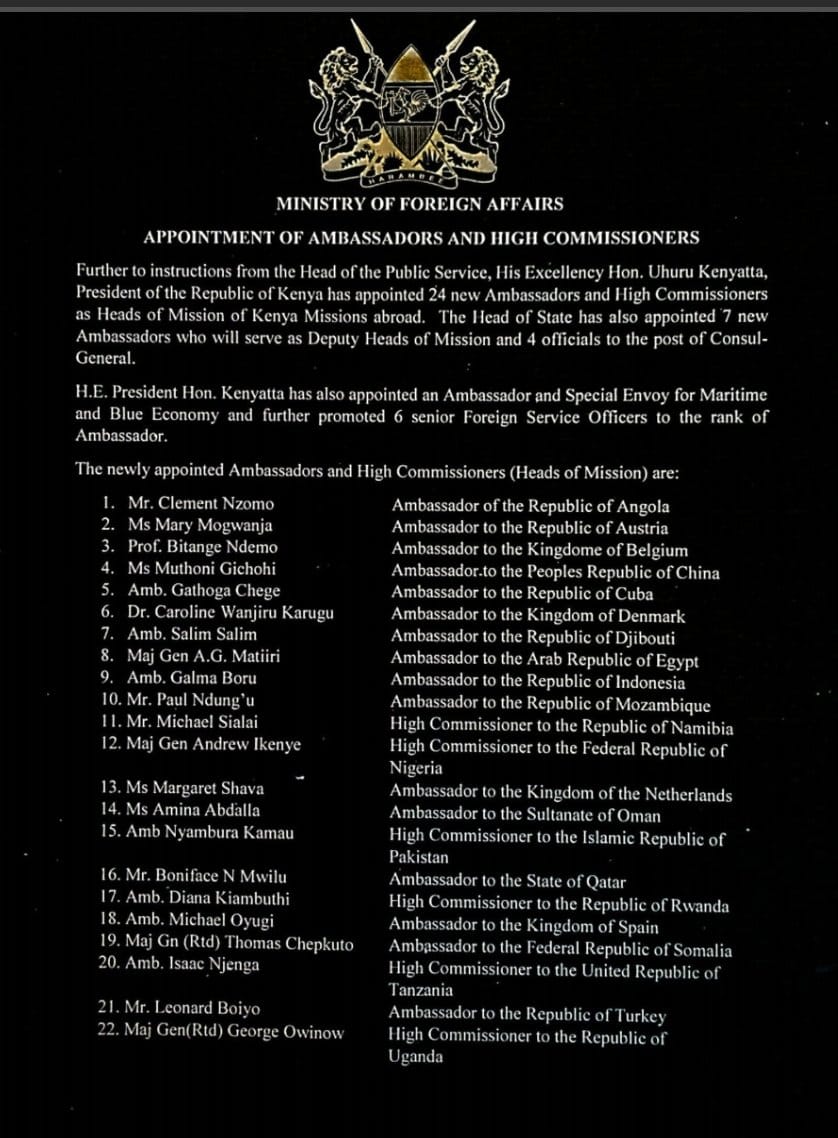 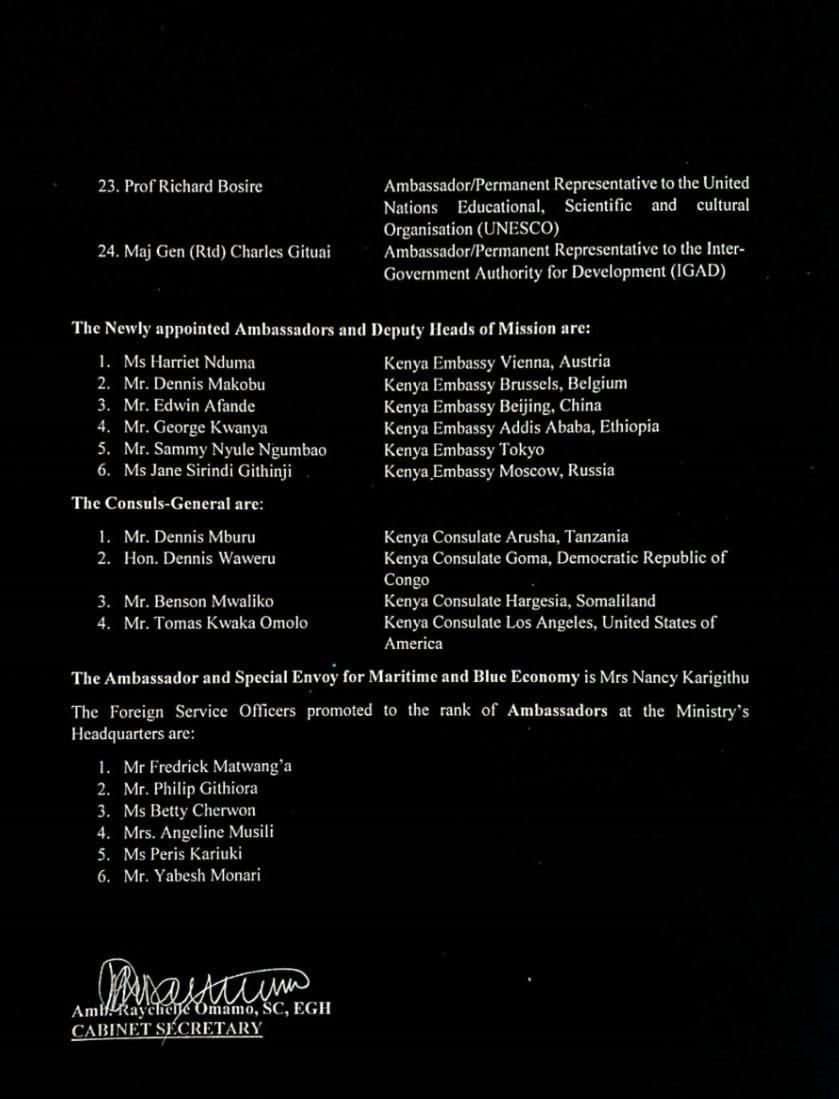