Manchester City vs Liverpool, Who Will Blink First? 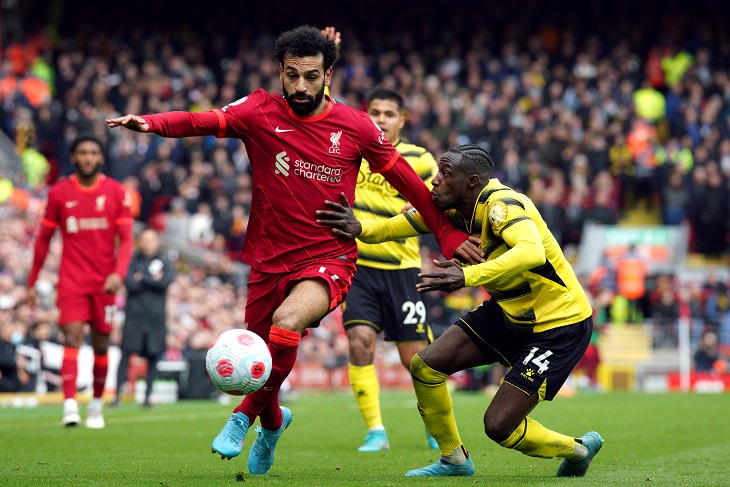 In head-to-head stats, City and Liverpool have met in 218 matches across all competitions dating back as far as 1893. The reds have won 105 matches compared to 58 for the Citizens, while 55 games have been drawn.

SuperSport viewers on DStv can look forward to a classic Premier League rivalry, as Manchester City welcome Liverpool to the Etihad Stadium on the evening of Sunday 10 April 2022.

This clash is a potential ‘title decider’, with the Citizens and the Reds both hoping to claim victory in this ‘six pointer’ and put themselves in prime position for the final stretch of the season.

Manchester City manager Pep Guardiola, however, has argued against the narrative that this clash will be decisive in the title race: “It’s a massive game, of course, but not necessarily a decider,” said the Spanish tactician. “We’ve got to win a lot of games [not just this one]. There are still more games, a lot of points to go.”

Liverpool’s Jurgen Klopp, meanwhile, expects the title battle to stretch all the way to the final games next month: “When I go back through my career I cannot remember very often when it did not go to the last match. Unfortunately, not always winning it, sometimes staying in the league or whatever. I don’t know exactly what it is about me but it happens quite frequently.”

Riyad Mahrez – The Algerian has enjoyed his best season at Manchester City, racking up over 20 goals in a campaign for the first time, and he would love to net another and put the Citizens in full control of the title race.

Mohamed Salah – Who else but Mohamed Salah could be Liverpool’s key man? The Egyptian’s pace, movement, and ruthless finishing will be a major threat to Man City’s defense – and could be the weapon that takes the Reds to title glory.

In head-to-head stats, City and Liverpool have met in 218 matches across all competitions dating back as far as 1893. The reds have won 105 matches compared to 58 for the Citizens, while 55 games have been drawn.

When the teams met in the Premier League earlier this season, at Anfield in October 2021, they played out a 2-2 draw: Liverpool twice led through strikes from Sadio Mane and Mohamed Salah, but City leveled through Phil Foden and Kevin De Bruyne.

Pep Guardiola v Jurgen Klopp – These two managers have immense mutual respect, but also a burning desire to claim a victory over the other. Guardiola will look for control and containment over Klopp’s intensity and aggression.

Rodri v Jordan Henderson – This clash of outstanding midfielders will determine which team secures the ‘engine room’ and lays the foundation for control of the match, with Rodri hoping his composure and intelligence can overcome Henderson’s agility and grit.

Joao Cancelo v Sadio Mane – The Man City right-back is brilliant going forward, but he’ll have his defensive skills tested out by the speed and resilience of Mane, who will be determined to lead the  Reds to an away victory.