Will It Be Revenge For United, Or More Glory For Liverpool?

Liverpool’s Jurgen Klopp, meanwhile, knows the significance of the clash: “I expect from the boys that they listen when I tell them that the next game we play is absolutely the most important game we've ever played.” 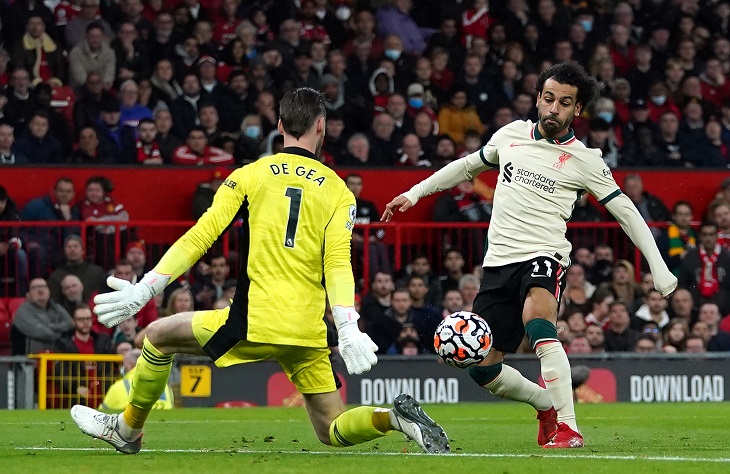 Jurgen Klopp v Ralf Rangnick – These two German tacticians have slightly different approaches, with Klopp favoring intensity over Rangnick’s desire for control, but it is buttoning down the key details that will likely be decisive in this clash.

SuperSport viewers on DStv can look forward to a classic Premier League rivalry, as Liverpool host Manchester United at Anfield on the evening of Tuesday 19 April 2022.

While the Reds are hoping to continue their battle with Manchester City in the title race, the Red Devils are hoping to avenge a 5-0 loss at the hands of the Merseysiders from back in October 2021 – a result that still rankles the Mancunian side of this old rivalry.

“Of course, all of the talks in the media will be about revenge, but we cannot think of that now. It is a completely different game and a different context,” said United manager Ralf Rangnick. “We must go there and see it as a fresh opportunity to prove ourselves against an excellent team.”

Liverpool’s Jurgen Klopp, meanwhile, knows the significance of the clash: “I expect from the boys that they listen when I tell them that the next game we play is absolutely the most important game we’ve ever played.”

Mohamed Salah – The Egyptian netted a hat-trick when the teams met earlier this season and he will relish the chance to come up against a United defense that has improved since then but remains prone to mistakes and lapses in concentration.

Jadon Sancho – The winger/attacking midfielder seems to have settled into life at Manchester United and has produced some fine displays in recent months, with his ability to both create and finish off scoring chances coming to the fore.

In head-to-head stats, Liverpool and United have met in 236 matches across all competitions dating back as far as 1894. The Red Devils have claimed 89 wins compared to 79 for the Reds, while 68 games have been drawn.

When the teams met earlier this season, at Old Trafford in October 2021, Liverpool claimed a stinging 5-0 away win thanks to a hat-trick from Mohamed Salah and opening strikes from Naby Keita and Diogo Jota.

Jurgen Klopp v Ralf Rangnick – These two German tacticians have slightly different approaches, with Klopp favoring intensity over Rangnick’s desire for control, but it is buttoning down the key details that will likely be decisive in this clash.

Fabinho v Bruno Fernandes – Fernandes continues to be a source of drive and creativity for United, but he’ll face a tough opponent in Fabinho, who is as adept at breaking up attacks as he is at starting them from deep in midfield.

Virgil van Dijk v Cristiano Ronaldo – The Dutch defender has once again looked imperious this season, but he will be fully aware of the goal threat offered by Ronaldo as the spearhead of the visitors’ attack.