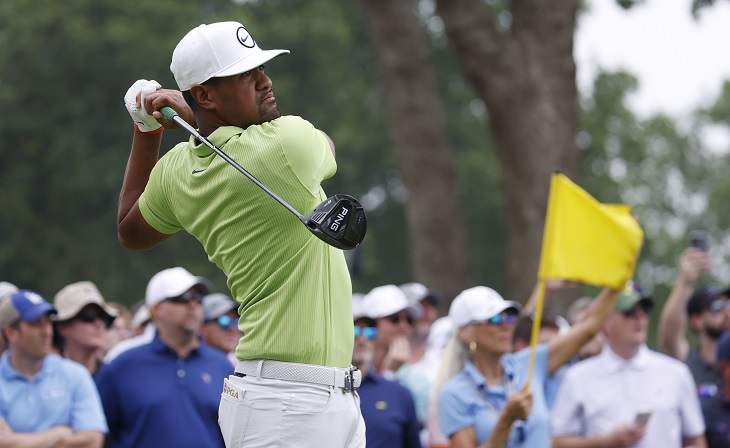 Tony Finau of the US hits his tee shot on the second hole during the second round of the 2022 PGA Championship golf tournament at the Southern Hills Country Club in Tulsa, Oklahoma, USA, 20 May 2022. The PGA Championship runs from 19 May through 22 May. EPA/TANNEN MAURY

“Last year, the federal government implemented what was referred to as Emergency Broadband Benefit, it was an internet subsidy program for folks that could not afford internet,” explained Walters. “Last year we were able to enroll 82,000 families in less than a year. That was the leading figure in the country”

SuperSport viewers on DStv can look forward to seeing all the action from the PGA Tour’s Rocket Mortgage Classic from the Detroit City Golf Club in Michigan from Thursday 28 to Sunday 31 July 2022.

SuperSport is the ultimate destination for Golf fans, with an unparalleled selection of an action from around the world.

This will be the fourth edition of the Rocket Mortgage Classic, which replaced the Quicken Loans National on the PGA Tour and is the first event in Tour history to be held completely within the Detroit City limits.

“It was hectic since the 17th hole,” said Davis after the triumph, his first on the PGA Tour. “I tried to put as much out of my mind as I could and just hit every shot for what it was worth. As simple as that sounds, it’s so hard to do when the pressure is on.”

Davis will be back in Detroit to defend his title against a strong field that includes the likes of Patrick Cantlay, Adam Scott, Will Zalatoris, Justin Rose, Tony Finau, and Rickie Fowler.

“It’s surreal to be back here,” Davis said at the media launch of the 2022 tournament. “It’s so cool to come back to a life-changing place for me. This is where a big step in my career as a golfer took place, and I’m always going to have a special place in my heart for this golf course.”

Jason Langwell, the tournament’s executive director, said that “it’s the best Rocket Mortgage Classic we’ve ever had” in terms of the strength of the field.

In addition, Bob Walters, CEO of Rocket Mortgage, announced that through the Connect 313 Fund, 17 new neighborhood technology hubs would be opened throughout Detroit neighborhoods to help ensure that all citizens have adequate access to the internet.

“Last year, the federal government implemented what was referred to as Emergency Broadband Benefit, it was an internet subsidy program for folks that could not afford internet,” explained Walters. “Last year we were able to enroll 82,000 families in less than a year. That was the leading figure in the country”

The Detroit City Golf Club features a 7294-yard, par 72 courses. The purse for the Rocket Mortgage Classic is $8.4million.