Data from the Kenya National Bureau of Statistics (KNBS) shows that the inflation rate increased to 7.9% at end of June 2022, breaching the highest limit as estimated by the Central Bank of 7.5% for the first time since August 2017 stoked by rising food and record fuel prices stemming from disrupted supply chains. 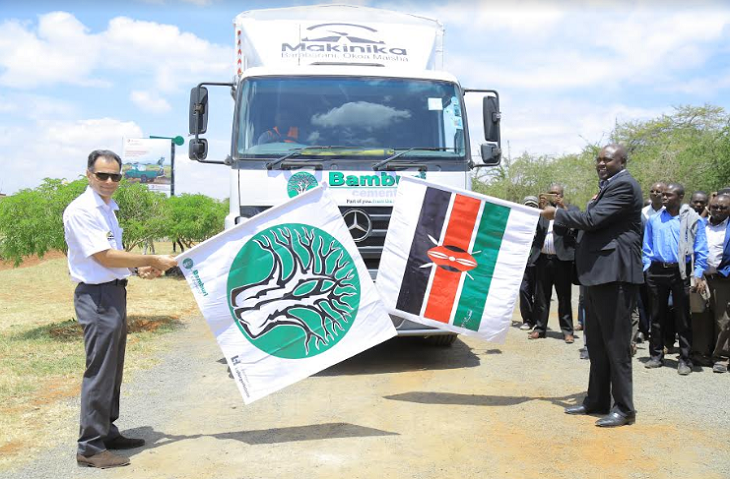 Bamburi Cement Group defied economic odds to record a marginal growth in revenue in the face of high inflation, increased fuel prices as well as increased cost of inputs, particularly imported clinker. As a result, Bamburi Cement increased its total operating costs by 7%.

In the first half of the 2022 financial year, Bamburi Cement Group recorded a revenue of KES 20.1 billion representing a 2.6 percent increase from KES 19.6 billion posted in the corresponding period of 2021. Unaudited results for six months ended 30th June 2022 show that the Group’s turnover was mainly supported by volume growth along with improved average selling price compared to the prior period.

While revenue grew, profit before tax declined to fall from KES 1,109 million to KES 124 million mainly influenced by the high operational cost with operating profit standing at KES 210 million from KES 1,179 million in prior years.

Cash flow generated from operations was lower at KES (1,810) million compared to the prior year at KES 1,436 million. The H1 2022 position reflects additional investment in working capital due to inflation of input prices compared to the closing December 2021 position.

The Group’s earnings were significantly hit by a jump in direct production costs driven by rising local and global inflationary pressure on input resources including fuel, logistics, and imported clinker in both Kenya and Uganda thus adversely impacting the operating profit. In addition, the bottom line was adversely impacted due to an unrealized foreign currency loss of the Kenya shilling and Uganda shilling against other major currencies.

Data from the Kenya National Bureau of Statistics (KNBS) shows that the inflation rate increased to 7.9% at end of June 2022, breaching the highest limit as estimated by the Central Bank of 7.5% for the first time since August 2017 stoked by rising food and record fuel prices stemming from disrupted supply chains.

While providing more insight into the Group’s earnings, Mr. Seddiq Hassani, Bamburi Cement Group Managing Director said that “We started the first quarter on positive volume and price performance emerging resilient from the last two years that taught us adaptability and operational efficiency. Despite closing H1 2022 in the midst of a very volatile economic environment, we remain optimistic that Bamburi Cement is well positioned to deliver superior shareholder value and profitability while meeting market demand as the continuous focus remains on strategic cost optimization actions and sustainability initiatives.”

“It is my belief that the manufacturing sector can paint a true reflection of the region’s economic temperature given the events of the past two years and including the general elections in Kenya this year” he added.

Analysis of the H1 2022 financial results reflected that the Group’s liquidity and balance sheet remain strong with increased investment in working capital due to inflation of input prices compared to the closing December 2021 position.

Looking ahead, Dr. John Simba, Bamburi Cement Group Chairman said, “The Company will continue to drive its strategy in a bid to maximize margin and optimize the cost base so as to drive profitability. The Kenya cement market is expected to recover after the general elections while in Uganda cement demand is anticipated to be fueled by greater investment in public infrastructure, especially in the oil industry. However, the Global ongoing conflict is expected to have an adverse impact on the markets, especially on freight and imported raw material prices.”