President Uhuru Kenyatta on Monday assented to the Elections Laws (Amendment) Bill 2016 that allows a back-up mechanism to the electronic voting method during the General Elections.

These amendments mean that the Independent Electoral and Boundaries Commissions (IEBC) can now put in place “a complimentary mechanism for identification of voters and transmission of elections results “ if the electronic voting fails.

That complimentary mechanism, says the amended Bill assented to by the President at State House, Nairobi, must be “simple, accurate, verifiable, secure, accountable and transparent to ensure that the commission complies with the provisions of Article 38 of the constitution”. 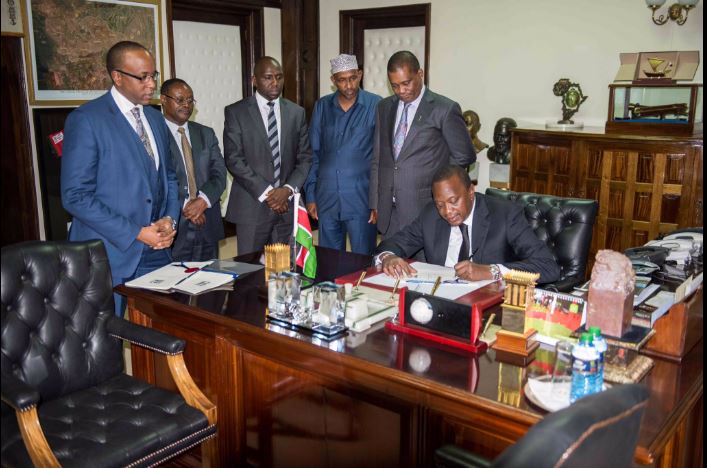 The amendments generated some of the most heated debates both in Parliament and the Senate when they were recently presented in both houses for debate.

In the National Assembly, the Jubilee majority voted for the amendments while in the Senate a largely bi-partisan vote passed the amendments.

Besides the complimentary voting mechanism, there are new insertions in the amended Bill including the requirement for Members of Parliament and members of County Assemblies to have a degree from a recognized university from before they can seek being elected into office.